Celebrities Who Want to Leave the Country if Trump is Elected 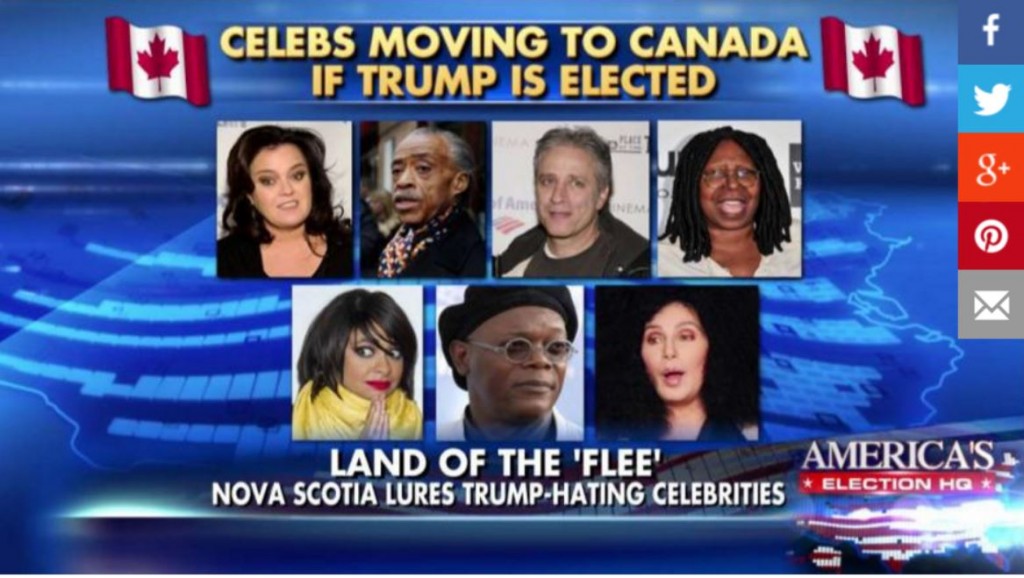 At the end of the day, does it really matter who becomes President? Typically, Democrats raise taxes and start wars and Republicans lower taxes and end wars (with the exception of shadow President Dick Cheney who sees if their is money to be made, what’s tens of thousands of lives matter?). Perhaps we need to start a collection here to help these celebs actually do what they threaten. For the most part, the same crew threatened to leave the country if George W. Bush was elected president. I suppose after paying their accountants to make sure they paid the lowest possible taxes, there was nothing left to pay for the air ticket out of the U.S. since they never left. Or perhaps they were so drunk on their status they could not find the exit door. Maybe we need to make sure they have enough money to leave just for once, and, of course, they would have to give up their celeb status since they would no longer be allowed to work in the USA.

At the end of the day, one person cannot change the entire ship. The bureaucrats will not stand for that. If they get in the way, there is always assassination.

A German magazine reported that Alec Baldwin said he would leave as well, but Baldwin denied ever saying that. Other celebrities who have made similar threats are still living in the USA. So why are they trying to influence us to vote for their candidate by making such dramatic claims? Perhaps they just need attention.

Barbara Streisand – “I don’t think you’ll see me around here for at least four years.”

Pierre Salinger – “If Bush wins, I’m going to leave the country and spend the rest of my life in France.”

Oh well. They are actors after all. That’s what they do best and leave politics to someone who has a clue of what is really going on down there on Capitol Hill.

« Looking more like Trump v Hillary
John Boehner: Cruz is “Lucifer in the Flesh” and a “Miserable Son of a B*tch” »