Bernie Betrays all is Supporters 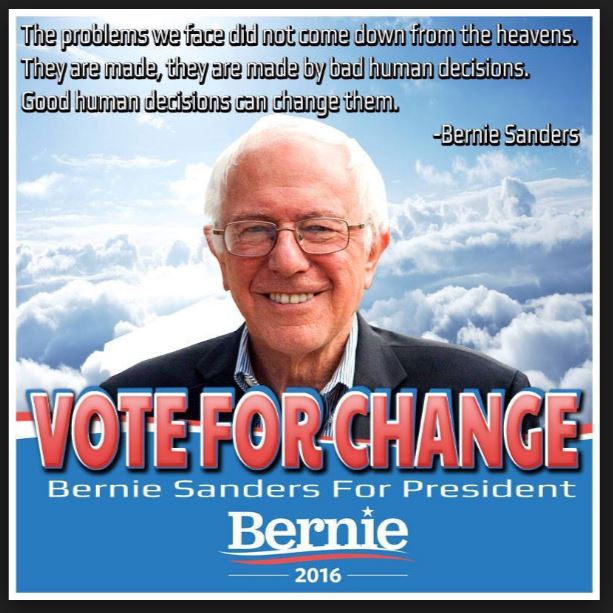 Of course Bernie Sanders appears to have sold out emerging from a White House meeting with President Barack Obama vowing to work together with Hillary Clinton to defeat Donald Trump in November. Bernie would rather endorse a traitor who has sold her influence as Secretary of State just to save the Democratic Party. Obama assured Bernie, no doubt, that he would not allow Hillary to be indicted. And to further rig the game, the State Department refuses to release her emails until AFTER the election. But the actual date they gave was November 31st, 2016, which does not exist since November has only 30 days. Once she is president, no doubt they will vanish altogether.

It appears that Bernie is betraying all those who supported him. Hillary will raise $1 billion to buy the White House. That kind of money does not come from bankers without strings. Wall Street supports Hillary – not Trump. That says it all. How Bernie can just give up is amazing. What happened to his “revolution” will never be discussed.

« US Elections — From Bad to Worse
The Accountability Act »