60,000 People Change Parties in Pennsylvania to Vote for Trump 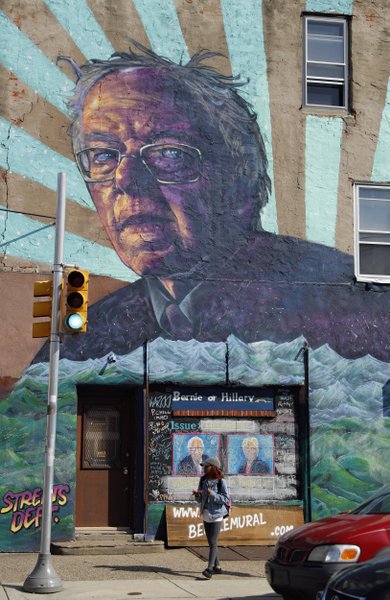 The political unrest is rising. In Pennsylvania, nearly 60,000 people have changed their political party in order to vote for Trump in the primary. There is clearly a growing dissatisfaction with those in power. One would have thought Hillary was a shoe-in for a coronation, but the rising dissatisfaction with government has made Bernie Sanders a strong second place candidate. Philadelphia, famous for its murals, displays a mural for Bernie Sanders — not Hillary.

We will see this trend continue into the 2018 Congressional elections. We will also see the anti-immigration trend rise in the U.S. since, historically, that trend moves in tandem with economic declines.

« The Fate of Office: Last-In Gets All the Blame
Ted Cruz and John Kasich Criminal Conspiracy? »