Was the 536 AD Environmental Disaster Picked up on the ECM? 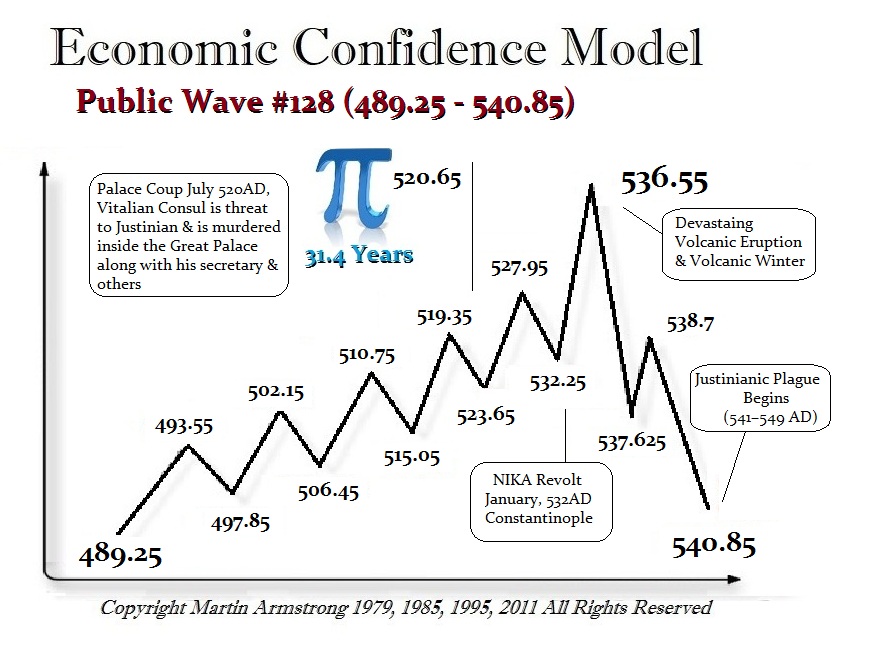 QUESTION: Hello Martin,
Hope you are well. We know the world is in for a dramatic change. I think that the Sun and consequently Nature is the driving force, we humans can only be a witness.
I found something interesting on YouTube.
Do you have this catastrophe incorporated in your model?
Kind regards
H

ANSWER: Of course. Wave #128 on our Economic Confidence Model was very important. The Pi Target produced the Great Palace assassination to clear the way for Justinian to become emperor in 526 AD. Then the corruption led to the famous Nika Revolt where the emperor was about to flee the city. His wife told him to bring in the army outside the city which was not composed of locals. They came in and massacred the rebels. Then the volcanic eruption was right on time and completed the peak of that wave. The volcanic winter led to starvation and as the next 51.6-year wave began, this manifested in the Justinian Plague.