Volcanoes & The Risks Ahead 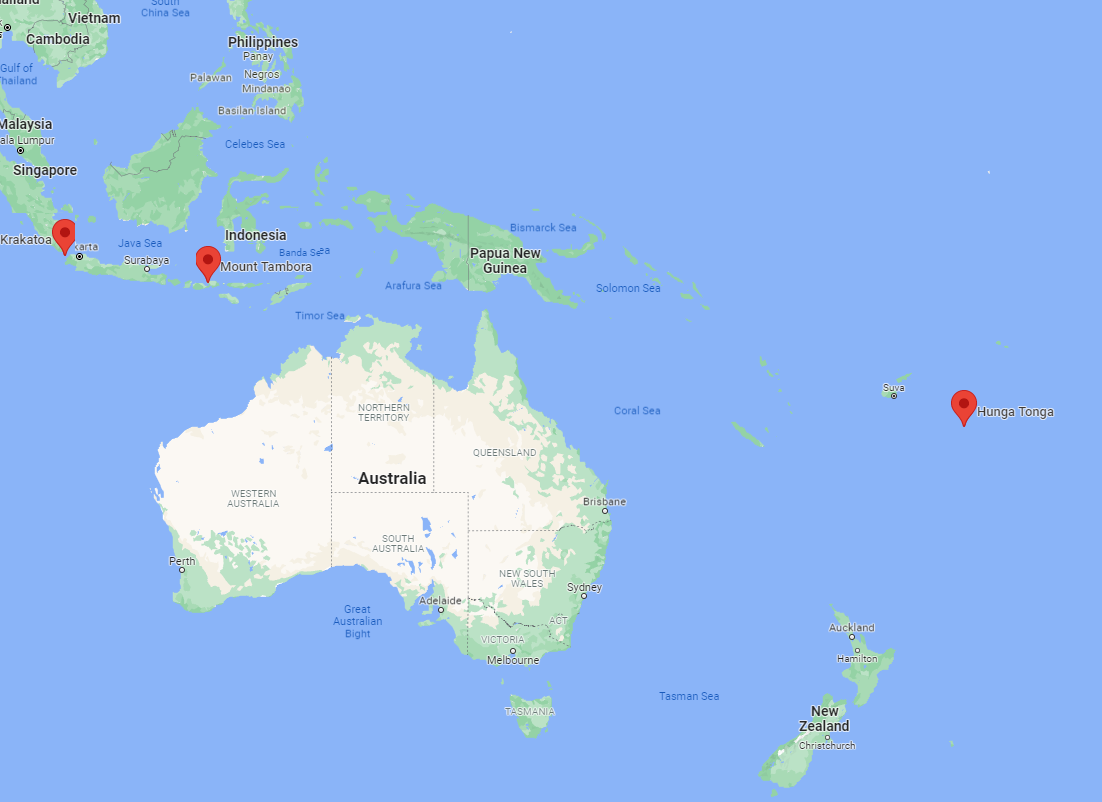 Hunga Tonga-Hunga Ha’apai volcano, which is a Submarine volcano, has erupted sending tsunamis off in every direction. The eruption has not yet been classified. However, it has been building since the March 16, 2009 (2009.205) eruption. There have been four eruptions since then and it does appear to be closer to a Pi cycle.

If we look at the volcanic activity in the entire region we can see this was then due to begin rising from 2019. There tends to be a general cyclical wave of 68 years looking at Tambora and Krakatoa which were 1815 and 1883. Kelud is one of the most active volcanoes in Indonesia that has major eruptions from time to time. The first explosion was around 1586. It had an eruption in 1951. The next target was 2019 marking the eruption of Tangkuban Perahu Volcano but a few months before Anak Krakatau became one of the most active volcanoes in Indonesia.

The key here appears to be that there are multiple eruptions of a lesser magnitude in 1815 and 1883 so they were not eruptions that were by themselves. The risk from volcanoes of a volcanic winter ahead would emerge when we see more coordinated eruptions that could lead to one major eruption that blocks the sun.

« Florida Where Bald Eagles Will Take Your Fish
The Tonga eruption & Volcanic Winter? »