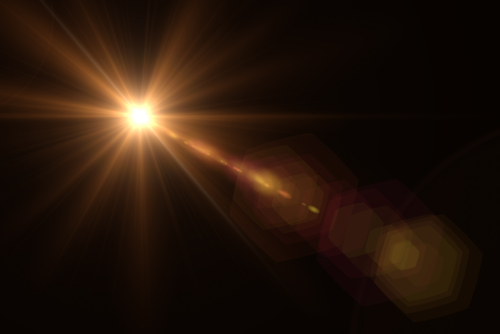 A number of people have written in that they enjoyed the phrase I made up that we are like a pebble at the bottom of the ocean with no clue what lies above our heads. I have stressed that our computer correlated volcanoes with the decline in solar sunspot activity. What has also been strange is that further research has revealed that when we go into Solar Minimum, this is also simultaneously the maximum output of Gamma Rays. I offer no explanation as to why volcanoes tend to erupt more during solar minimum. My role here is simply to correlate everything to understand the trends set in motion behind the economy. Weather and shortage of food have been major factors in economic history setting off migrations and extinctions.

Gamma Rays are the most energetic form of light and are produced by the hottest regions of the universe. They are also produced by such violent events as supernova explosions or the destruction of atoms, and by less dramatic events, such as the decay of radioactive material in space. Things like supernova explosions (the way massive stars die), neutron stars and pulsars, and black holes are all sources of celestial gamma-rays. Interestingly very few gamma-rays actually make it through the atmosphere. Gamma-rays can strike the material and produce ‘secondary’ particles which are more penetrating and can go through the material. Consequently, the majority of the cosmic rays that actually reach the Earth’s surface are ‘secondary cosmic rays’, produced by gamma-rays. Primary cosmic rays are high energy particles (such are protons and the nuclei from iron atoms) that are moving at speeds very close to the speed of light. These primary cosmic rays are mostly deflected by the Earth’s magnetic field. If Earth didn’t have a magnetic field, there would be many more primary cosmic rays hitting the atmosphere, and many more secondary cosmic rays hitting us and penetrating .the Earth itself.

These waves are penetrating electromagnetic radiation of a kind arising from the radioactive decay of atomic nuclei. Gamma Rays are beyond X-rays and will obviously penetrate deep into the Earth insofar as the few that do get through our magnetic field. This may be pointing to the cause of an increase in volcanic activity. The Earth’s magnetic field serves to deflect most of the solar wind, whose charged particles would otherwise strip away the ozone layer that protects the Earth from harmful ultraviolet radiation. According to scientists’ best estimates, the Earth’s magnetic field is now weakening around 10 times faster than initially thought, losing approximately 5% of its strength every decade. But they don’t really know why, or what that means for our planet. This could be the precursor to the poles flipping. 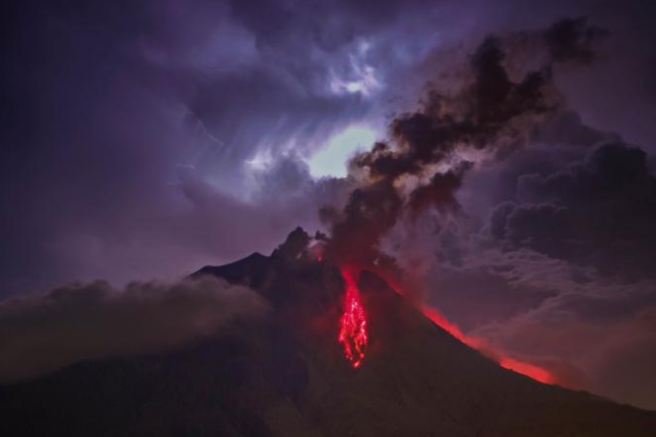 Here we are in August 2018 and three volcanoes in Indonesia erupt all at the same time. The three volcanoes that are rumbling and spewing ash are Mount Sinabung (pictured here), Gamalama, and Rinjani. In fact, this year we now have 34 major volcanoes erupting worldwide compared to 12 last year and 11 back in 2015. In the Ring of Fire, we now have 6 volcanoes erupting this year with another 5 in Indonesia alone. There are now 4 erupting in South America, 5 in the Mexico/Carribean and Central America. In Africa and the Indian Ocean there are now 4 volcanoes erupting and in the Pacific Ocean, there are yet another 6 erupting. In Europe, we have one in Italy erupting in the Eolian Islands – Mt Stromboli. Lastly, there is even one in Antarctica melting ice.

While we have had extreme heat in Europe, now there is early snowfall in Russia and in the Alps. Then Melbourne Australia is freezing. Meanwhile, we have Mexican farmers blaming German auto manufacturers for creating a drought. Perhaps when they figure out that this is a natural cycle they will file a lawsuit against the various churches, temples, and synagogs that represent God on Earth. Someone has to be blamed!

It certainly looks like we are headed to a commodity boom between 2020 and 2024.