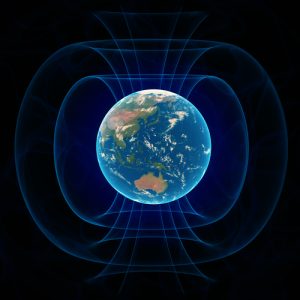 QUESTION: Mr. Armstrong; I am a new reader. I was recommended to look to your site when I was in a climate debate with a friend. They never tell us that the sun has a cycle which beats like your heart as you put it. I also never knew the north pole moved drastically. I am left speechless as to why these climate change people never address anything beyond CO2. Do you think the world will wake up before it is too late to discover these people are just liars?

ANSWER: It has been in Europe which seems destined to collapse because of all the climate change regulations. It is a general consensus now among people I speak to in the German auto industry that they will be driven into bankruptcy before there is any recognition that this is all nonsense.

The North Pole is moving rapidly toward Siberia. The North Pole has always moved, but never at such a rapid pace in modern history. We have historical data from old ships’ logs covering the past 400 years. We know that the north magnetic pole has hung around northern Canada and was very steady. During the 20th century, it moved perhaps tens of several miles (kilometers) oscillating back and forth. It has been only during the last 50 years where the North Pole began to move northward. Then during the last 30 years, it began to accelerate rapidly. Suddenly it began to move about from about 6 miles (five to 10km) in a year to a sharp increase of about 37 miles (50 or 60km) per year. 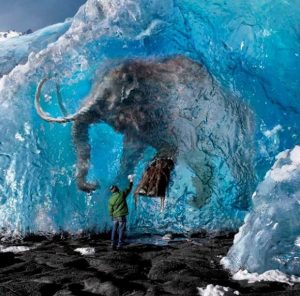 The North Pole is now moving very rapidly towards Siberia. There has been considerable debate whether the complete disappearance of the woolly mammoths and other animals that thrived during the Ice Age was caused by a “quick-freeze” perhaps due to a pole shift, or some other major mystery of paleontology. There have been several carcasses discovered and the preserved food in specimens’ stomachs raised interesting questions. This is why the “quick freeze” catastrophe appears reasonable. Much of the support centers around the fact that the mammoths were quickly frozen, which explains the state of their food contents still in their stomachs, which has been also the main evidence for a quick freeze.

Actually, Birds Eye Frozen Foods Company ran an experiment based on heat conduction and the state of preservation of the stomach contents. They concluded that the atmospheric temperature had to quickly fall below -150°F (-100°C) (Dillow, J.C., The waters above: Earth’s pre-Flood vapor canopy, Moody Press, Chicago, IL, pp. 383–396, 1981). There have been some who tried to link this with the great flood from the Bible. This does not seems plausible in the least.

All we have are a lot of questions. There may be thousands of woolly mammoth carcasses still buried in the permafrost. Forget trying to fit this into the Bible. From carbon dating, the animals appear to have been frozen about 42,000 years ago. Recently, a 42,000-year-old Lena horse was discovered frozen in Siberian permafrost which contained the oldest liquid blood on record.

Clearly, whatever froze these animals was well beyond the Biblical flood or some 7,000 years ago. The speculation that seems to make the most sense was a polar shift which was perhaps sudden.