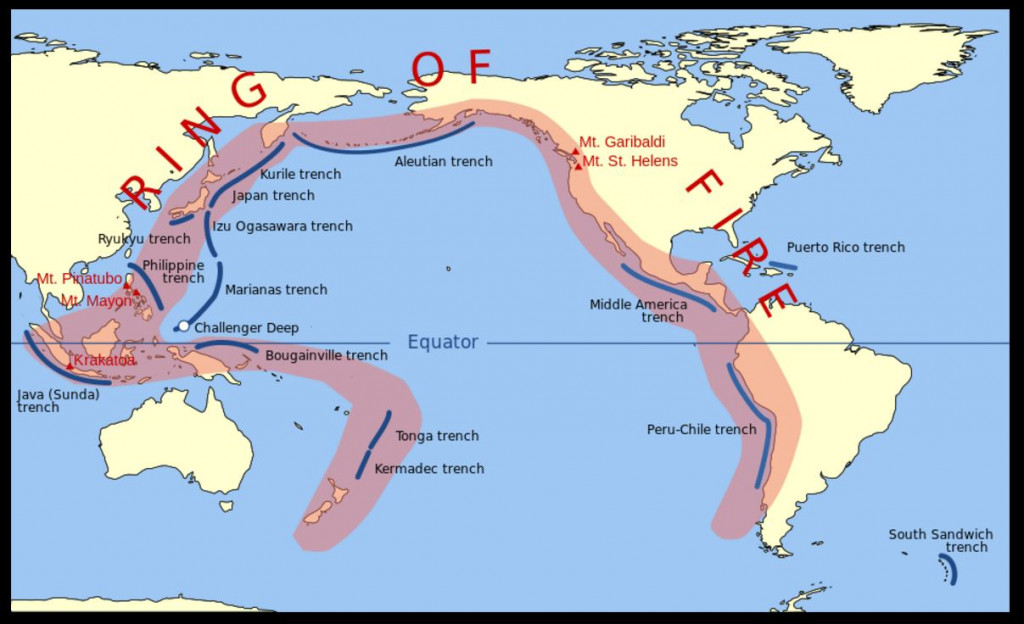 A major quake has hit New Zealand and days later Japan. Unfortunately, this is in line with our model as we head toward our destiny with a crash in the energy output of the sun. The Pacific Ring of Fire is a horseshoe-shaped band of fault lines that circles the Pacific Basin. This is known as the Ring of Fire for it is populated with both fault lines and volcanoes. It is historically prone to frequent earthquakes and volcanic eruptions because it is the most seismically active zone on the planet. Our models show we are headed into a much greater period of activity as we get closer to 2040. This is when we should see the peak in activity and this should help create the coming Mini Ice Age correlating with the decline in the energy output of the sun.

The Ring of Fire extends 40,000km and includes 452 volcanoes, stretching from the southern tip of South America, up and along the west coast of North America, across the Bering Strait and down through Japan. It then turns south taking in Vanuatu, the Solomon Islands, Papua New Guinea, and Indonesia, where the Indo-Australian Plate collides with the Eurasian Plate, and end in New Zealand, known as the “Shaky Isles”. 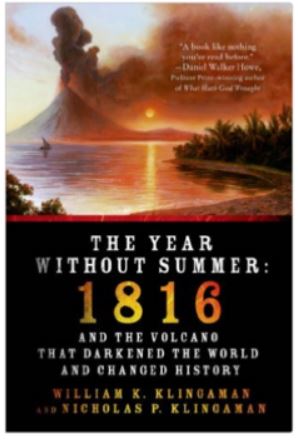 The most catastrophic earthquakes have taken place around the Ring of Fire, including the strongest one on record, a magnitude 9.5 in Chile in the 1960s. It was 1816 known as the Year without a Summer that was caused by a massive 1815 eruption of Mount Tambora in the Dutch East Indies. This was the largest eruption in at least 1,300 years after the extreme weather events of 535–536AD. The Earth had already been in a centuries-long period of global cooling that started in the 14th century as the energy output of the sun declined into 1700s. Known today as the Little Ice Age, it had already caused considerable agricultural crop failures in Europe. The Little Ice Age’s existing cooling was aggravated by the eruption of Tambora on the Ring of Fire, which occurred during its concluding decades.The year 1816 is known as the Year Without a Summer because of severe climate abnormalities that caused average global temperatures to decrease by 0.4–0.7 °C (0.7–1.3 °F). This resulted in major food shortages across the Northern Hemisphere as Tambora threw so much ash into the air it snowed in New York City during July.

The borders of a lot of tectonic plates generally meet in the Ring of Fire. This is where they move away from each other and push at each other creating earthquakes. This week has seen significant seismic activity along the belt, particularly in Japan and New Zealand. A near 7.4-magnitude quake hit the same Fukushima prefecture in Japan where the nuclear reactor was located. Once again a tsunami soon followed.

The New Zealand and Japan quakes took place on the western side of the Pacific rim. This will be followed now by pressure being release on the Eastern side of the Rim running along the coast of North and South America. There is an 866 year cycle between the four biggest volcanic eruptions since 1650BC. Of course, there are minor frequencies that produce strong eruptions, but of a lessor magnitude 6 or less. For example, 86 years from 1815 gave us the 1902 eruption of Santa María Central America Volcanic Arc October 24, 1902.