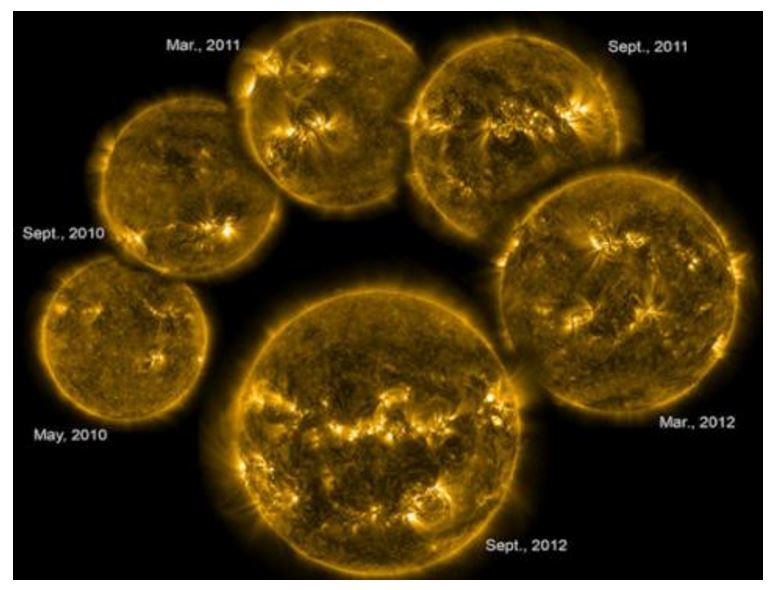 NASA has actually admitted that there may be a link between the solar climate and the earth climate. “[In] recent years, researchers have considered the possibility that the sun plays a role in global warming. After all, the sun is the main source of heat for our planet,” Nasa confirmed. Despite the constant stories of how recent years have been the hottest, historically, NASA has estimated that four of the 10 hottest years in the U.S. were actually during the 1930s, with 1934 the hottest of all. This was the Dust Bowl; the combination of vast dust storms created by drought and hot weather.

The branch of research looking at the ice core samples to document climate for thousands of years has established the major solar cycle of about 300 years. Carbon Dioxide Information Analysis Center (CDIAC), which has the ice core data back 800,000 years, is being shut down as of September 2017 (800,000-year Ice-Core Records of Atmospheric Carbon Dioxide (CO2)).

The data clearly establishes that there has always been a cycle to CO2 long before man’s industrial age. This is data government wants to hide. As along as they can pretend CO2 has never risen in the past before 1950, then they can tax the air and pretend it’s to prevent climate change. Moreover, while we can clean the air with regulation as we have done, under global warming, they allow “credits” to pollute as long as you pay the government. It is the ultimate scam where they get to tax pollution and people cheer rather than clean up anything.

NASA has reported: “Indeed, the sun could be on the threshold of a mini-Maunder event right now.  Ongoing Solar Cycle 24 is the weakest in more than 50 years.  Moreover, there is (controversial) evidence of a long-term weakening trend in the magnetic field strength of sunspots. Matt Penn and William Livingston of the National Solar Observatory predict that by the time Solar Cycle 25 arrives, magnetic fields on the sun will be so weak that few if any sunspots will be formed. Independent lines of research involving helioseismology and surface polar fields tend to support their conclusion. (Note: Penn and Livingston were not participants at the NRC workshop.)

If the sun really is entering an unfamiliar phase of the solar cycle, then we must redouble our efforts to understand the sun-climate link…”

Additionally, the pretense of global warming prevents us from preparing for a sharp decline in cold weather that will be dangerous to society to say the least. This winter is colder than last year and last year was colder than the previous. It has snowed in Japan down to Athens. Even Corsica where winter highs are typically in the mid-50s, lows around 40, saw snow. We need to pay attention to Climate Change but stop blaming man. Something far more significant is developing and handing academics $100 billion to prove global warming is an absolute joke.

The Dust Bowl wiped out agriculture and sent unemployment to 25% during the Great Depression. Climate Change forced Americans off the farm and into skilled labor. Agriculture accounted for 70% in 1850 of all employment. We MUST stop this nonsense and begin an unbiased look at the changes and what are the ramifications going forward. This 1922 post in the Monthly Weather Review warned of a warming trend back then, but it only reflected one cycle move. It got much warmer going into the 1930s (source NOAA.GOV). 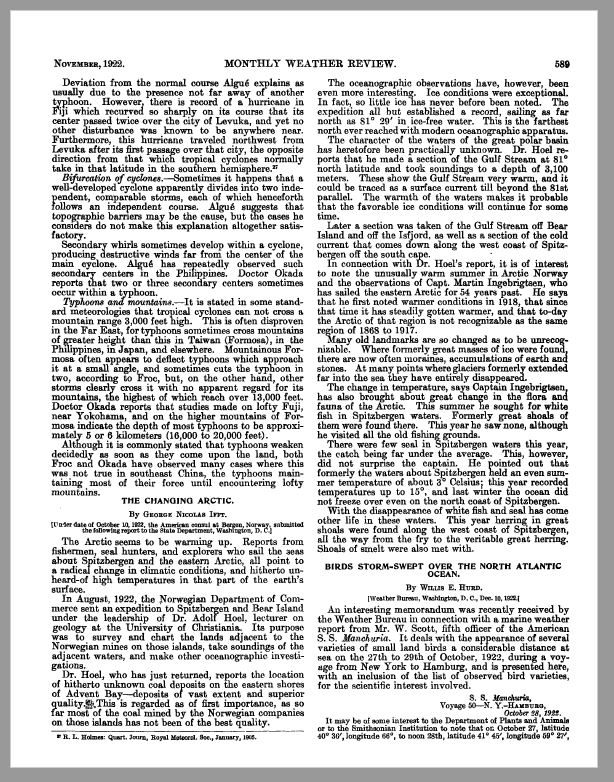