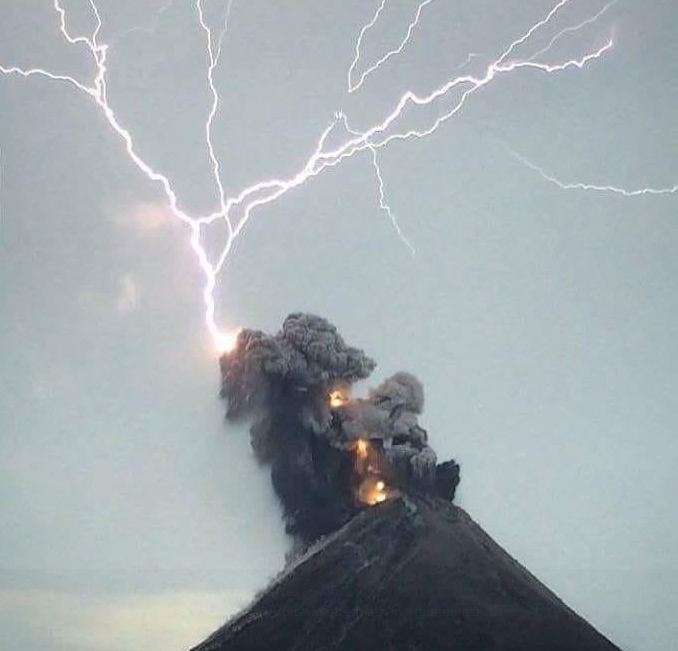 Guatemala’s Fuego volcano erupted with the most violent volcanic eruption in more than a century. People have been buried alive in the ash like Pompey. The eruption so far took place on Sunday and lasted for 16 and a half hours. The eruption reached 14,763 feet of ash thrown into the air. This is one of the more spectacular photos taken with lightning posted by Gloria Garces. You can see a brief video of the eruption captured by satellites at the NOAA.

So far, we have three volcanoes now all erupting here in 2018 around the Pacific Rim of Fire. As previously warned, the more volcanos that erupt now contribute to the decline in temperature and this will help set the stage for the commodity rally coming in the years ahead. Nature is incredibly linked to cyclical behavior.