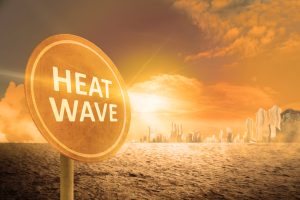 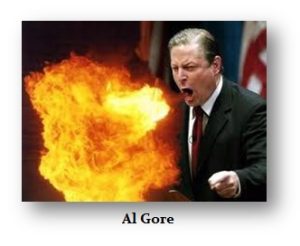 This weekend the forecasts are calling for a blistering, dangerous heat wave which is poised to scorch the southeastern U.S. over the Memorial Day weekend. I warned that our computer was showing a sharp increase in volatility in the weather. The winters would spike to new record lows and then the summers would spike to scorching highs. Once again, this is not my personal opinion. If you simply input the data this is what comes up – patterns.

The pro-Global Warming crowd love to send me hate-mail arguing I am not a meteorologist. I reply, neither is Al Gore – the father of Global Warming nonsense. There is far more hidden order to weather and collecting data since only 1850, manipulating it to pretend there is a linear trend and then claim the world will end in 12 years like AOC, begs a lot of question. Why do we need social programs? Stop all taxes including Social Security and let everyone enjoy life while they have it. Kids should drop out of school and enjoy life rather than get degrees they will never use. Why investigate Trump if there will be no presidency in 12 years? Nobody really believes stopping air traffic and driving cars will save the world in 12 years.

The linear analysis of weather used by the Global Warming crowd is complete nonsense and it threatens our way of life along with our future. During the 1950s, Edward N. Lorenz (1917-2008) observed that there was a cyclical non-linear nature to weather, yet the field relied upon linear statistical models in meteorology to do weather forecasting. Lorenz became the father of Chaos Theory. He was an American mathematician and meteorologist. Lorenz was certainly THE pioneer in Chaos Theory. A professor at MIT, Lorenz was the first to recognize what is now called chaotic behavior in the mathematical modeling of weather systems. It was like trying to measure the circumference of a circle with a straight edge ruler. His work on the topic culminated in the publication of his 1963 paper “Deterministic Non-periodic Flow” in the Journal of the Atmospheric Sciences, and with it, the foundation of chaos theory.

During the early 1960s, Lorenz had access to early computers. He was running what he thought would be random numbers and began to observe there was a duality of a hidden repetitive nature. He graphed the numbers that were derived from his study of convection rolls in the atmosphere. What emerged has been perhaps one of the most important discoveries in modern time.

This illustration of the Lorenz Strange Attractor is incredibly important and was first reported in 1963. Lorenz’s discovery of a strange attractor was made during an attempt to create a model of weather patterns. The actual experiment was an attempt to model the atmospheric dynamics of the planet. It involved a truncated model of the Navier-Stokes equations. It is a visual example of a non-linear dynamic system corresponding to the long-term behavior in a cyclical manner revealing a hidden order we cannot otherwise observe.

The Lorenz Strange Attractor is a three-dimensional dynamical system that exhibits chaotic flow, noted for its interesting shape revolving around two invisible strange points in space-time we call Strange Attractors. The map shows how the state of a dynamic system with three variables of a three-dimensional system evolves over the fourth dimension (time) in a complex, yet non-repeating pattern. In other words, here is a visualization of duality – what appears to be randomness (chaos) simultaneously contains a broader clear pattern of order. The same identical structure appears in the light where it is both a waveform and particle, as we see in the economy where we retain our individuality yet at the same time we are part of a broader collective pattern. This is the very essence of the Invisible Hand – or in Lorenz terms, a Strange Attractor.

Therefore, Chaos Theory is a field of study in mathematics with applications in several disciplines including meteorology, physics, engineering, economics, biology, and philosophy. Chaos theory investigates the behavior of dynamical systems that are highly sensitive to initial conditions and subtle changes in the input can create a drastic alternative in the outcome. This has been explained as the “effect,” which is popularly referred to as the butterfly effect. Slight differences in initial conditions yield widely diverging outcomes for such dynamical systems, rendering long-term prediction impossible in general without comprehending dynamic analysis that is cyclical based.

The chaos that appears is complex, yet it masks a hidden order beneath. The complexity of variables creates the illusion that these systems are unpredictable yet they can be extremely deterministic when viewed correctly. The future behavior of such systems is entirely determined by their initial conditions, with no random elements involved whatsoever. In other words, the deterministic nature of these systems allows them to be predictable when approached objectively by a computer eliminating the randomness of human judgment. This type of behavior is best described as Deterministic Chaos.

This fascinating dimension was summarised by Edward Lorenz as follows:

This extraordinary complexity that created the surface impression of chaos hides amazing order below. Chaotic behavior can be observed in many natural systems, from such things as weather to economics. Our problem has been mankind’s attempt to reduce everything he sees to simple-minded one-dimensional cause and effect. This type of explanation of such behavior has restrained our ability to move forward in many fields, the least of which is not social science including economics.

Deterministic Chaos may be the key to everything for within both nature and our social world, we are surrounded with complexity yet we try to rationalize everything to a single dimension and are unable to cope with the dynamics of the world in which we live.

Of course, Larry Summers admitted that economists cannot forecast the future because it is complex like the weather systems. We are positioned to perhaps break records that date back to the 1800s this summer.