What I find really distasteful is how the media is so corrupt that all they want to do these days is to manipulate us into mindless drones. All we hear is Global Warming and they seem to be paid to push this just as they have done in Canada to tax each house $1,000+ to solve Global Warming? It should come as no surprise that the very same news source they have used for their Global Warming pitch has reported the greatest global two-year cooling event of the last century just occurred. Their data from February 2016 to February 2018 showed that the global average temperatures declined 0.56°C. The last two-year decline was 1982-1984 with a drop of 0.47°C, which took place during their favorite stint to justify global warming era. (see NASA Goddard Institute for Space Studies (dataset accessed 2018-04-11 at https://data.giss.nasa.gov/gistemp/). 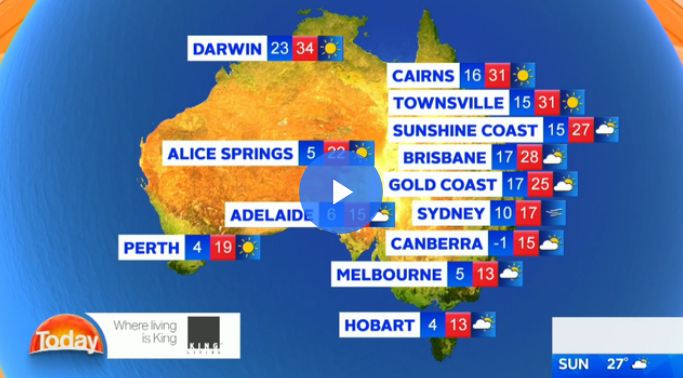 Meanwhile, in South Australia has seen temperatures plunge 10 degrees making this the coldest September morning in 23 years and coldest morning this late in the year in more than 50 years of records. This corresponds to the snow in Africa confusing the animals completely. It would be nice if the news just reported the news for perhaps we just might prepare like Joseph warned the Pharaoh. With all this FAKE NEWS, they may with hindsight be responsible for the deaths of millions if we have a famine without preparation.