The Birth of a Middle East War? 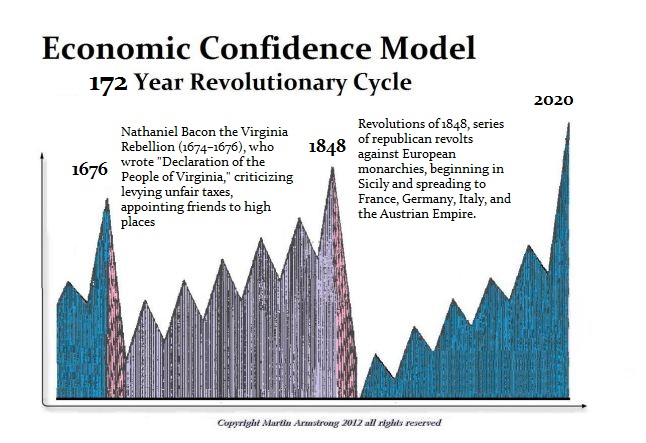 With the battle raging in Israel/Palestine, there is always going to be propaganda that points the finger at the other side. Over the past 15 years, Israel has fought wars multiple times, but as always, Israel is in danger of fighting a war where it “wins” tactically, but achieves nothing strategically.

Meanwhile, generations come and go and each remembers the loss to their family from the last war. There have been wars with Hezbollah and Hamas – in 2006, 2008-09, 2012, and 2014, and now again in 2021. Why is this one different? This is 72 years from the rebirth of Israel. However, this local cycle also aligned with 2020 on the major 172-year Revolutionary Cycle which has inspired the rise of the LEFT.

Why is this war different? The 2006 war was viewed as a victory by Israel. They believed that Hezbollah had been sufficiently deterred from another round of war. Then there was the Syrian Civil War which kept Hezbollah very busy. By Syria is no longer in play.  What gains Israel viewed in 2006 as imposing a real deterrence has faded into the night.

However, Hamas has been a different story. The last major war was in 2014, and while there have been many flare-ups, we are now 7 years from that major conflict, and the idea that Israel has imposed some sort of deterrence, the record of four wars in 12 years cannot be seen objectively as a successful deterrence. 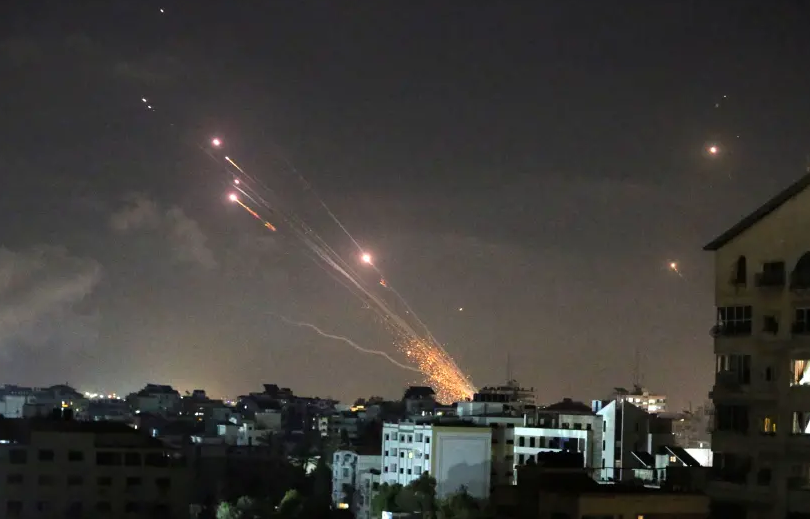 Is Israel’s goal once more just a “deterrence”? In 2014, Israel appeared to try to get Hamas to stop shooting rockets so it bombed all the best targets. Then too, they bombed “command centers” and “intelligence centers.” However, the rockets kept firing. The danger here is that Israel will realize that their strategy of deterrence is not working and that means a real war with the ground troops and bombing where civilian casualties rise.

With Hamas firing rockets into Jerusalem, it is not the same as the Israelis firing into Gaza. This is not choosing sides. Jerusalem is the mother city to Islam, Christianity, and Judaism. This risk here is that destroying a holy site will only expand the war and put others on the side of the Jews.

Only a fool points fingers at the atrocities of the other side to justify the war and commit their own atrocities. We are all just the puppets of the elites. Even the Nazis at Nuremberg said they were only following orders. It was the experiments of Stanley Milgram who showed that people around the world would even torture others if told to (see Obedience to Authority). I have a staff of every race and religion. We all get along with no problems.

It is those in power that create wars. The Prince of Savoy who inspired the 2nd Amendment in the United States was a general for many kings. He came to the conclusion that kings were paying for standing armies and wanted to get their money worth. In part, this led to the theory that if there was only one government war would be abolished is in itself an acknowledgment that war is created by leaders – not the people.  However, centuries of war leave behind scars that will never heal like the feud between the French and the English, Catholics v Protestants in Ireland/England, and the hatred that remains festering in the Middle East over religion that dates back to the Crusades.

There are no peace talks that will ever remove the hatred for the people on both sides who have suffered at their hands of their elites. While the warmongers wage their hatred that prevents peace for the people who just want to live unmolested, the reality of this war is the accumulation of 72 years. The Biden Administration is far too preoccupied with climate change to grasp the real risks in this world and we are witnessing the consequences. We are plagued by hateful warmongers on all sides, and the delusion of world leaders that even know how to lead.

The concern that has been whispers over the last year is to install a military government and end democracy there as well. The only people who think they will benefit from war is always the elites. They are talking about imposing a military regime in Israel and imposing lockdowns and curfews.