Are the Neo-Cons in League with Israel? 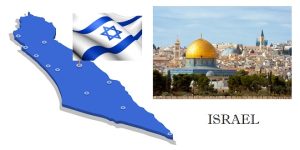 QUESTION: Do you think the neo-cons who pushed the Iraq War and are pushing to annihilate Iran now, are covertly in league with Israel?

ANSWER: There is an agenda among the neo-cons who WRONGLY believe that overturning various Arab governments and installing democratic systems will protect Israel. I disagree with that philosophy and I believe that they have manipulated the US government into a dangerous agenda. This is why they have been against Trump because he does not want to send American soldiers to the Middle East for an agenda that offers no benefit to the United States whatsoever.

Yes, people speculate that the Israel government is covertly behind the neo-cons, whereas many Israeli people just want peace. I have not seen any direct evidence of that. I do know some of these neo-cons and have had face to face discussions with them over the years. I believe they are seriously wrong and have placed the world into a state of high risk. Their policies have polarized the relationships between the USA and Russia, which is not in the interest of world peace. I have stated many times, my view is simply that war no longer remains valid from a historical perspective. It used to be about conquest and empire-building. Today, nobody wants to occupy their opponent. I see no purpose to war economically. but it has come down to nothing more than a schoolyard brawl where people fight simply because they do not like the other person. There is nothing to gain from this nonsense.