As usual, I have no words to thank the sincere and incomparable work that you did for us, and almost for free. People like you should be a reference for future generations. You really are a Punk, in the best sense of the word [anti-autoritaritharism, DIY, direct action..].

I’m writing you because the last events in Spain are terrifying me.
You were writing a lot about it when the Catalonian Issue happened. I did not support it because it is creating strong division among the population for a bargain, and the leaders were (as demonstrated now) completely fake.

However, let me enumerate the latest news:

– A Satiric magazine publishes a picture of a bullfighter with an ‘alien’ body and is fined with 40keur.
– A rap singer is going to jail for 2.5 years for criticizing the power and political classes in a song.
– In a national art expo a picture showing catalan politicians in jail is banned.
– A book explaining with names demonstrated cases of contacts of politicians in Galicia with narcos has been forbidden.

All this in the last 1.5 months

Uncountable cases of journalists fired from TVE (Spanish public television) for giving a different point of view as stated by the gov.

I live in Switzerland and I love my country but I’m afraid that I will not be back soon because of the high taxes and all these issues. However, Switzerland is not a better case. The police control is really intense also here.

I use to go to Mexico very often, and besides the critical situation, I work with really intelligent and courageous people.

Sometimes I’m thinking in abandon Europe and going to Mexico. I would like to think that they are bottoming and they will take off soon.

What do you think, cyclically speaking?

Sorry for such a lo email, and thank you very much again.

ANSWER: The next major upheaval in Mexico appears to be on schedule for around 2029. There is a 112-year cycle perfectly in sync with the 224-year Cycle of Political Change. Nevertheless, Europe probably faces a greater risk of political upheaval than what you will see in North America. There are separatist movements everywhere from Canada and USA down into Mexico. Most people do not realize that Greenland is geographically part of North America, but is politically connected to Europe and here too there is a separatist movement to split from Europe.

We rarely hear about the internal struggle for independence within Mexico. I have visited the area Chiapas and engaged in political discussions to seek a better understanding of the issues. This is the home of the ancient Maya. Effectively, this is the home to one of the largest indigenous populations in the country with twelve federally recognized ethnicities. What was explained to me is very interesting. When the Spanish came to South America, they were interested in the lands of gold. Since there was no famed gold in that region, the Spanish never invaded that part. Therefore, you still have the indigenous Maya living there and you can distinctly tell the difference just looking at them. I was told that marriages are normally arranged by parents and Maya marry only Maya.

The Zapatista Army of National Liberation, commonly known as Zapatistas, has been a left-wing revolutionary political and militant group based in Chiapas. This is the southernmost state of Mexico. They are an armed group, formed by a large majority of Southern Mexican natives in Chiapas, who rebelled in 1994 claiming their territory in what has been called the “war against the forgotten” by the Zapatistas.

Once again, we have a line of demarcation between ethnic differences that even include language. Therefore, the position I explained about Catalonia falls in a distinct global trend. Catalonia also is distinct and have their own language. We see the same trend in Ukraine – east v west based upon ethnic differences and language. Politicians may view their countries as fiefdoms, but society moves through a grand cycle like Big Bang and the universe. There is a central point where civilization moves toward urbanization and an event takes place and everything separates and moves apart back toward suburbanization like the theory that gravity will overtake the separation movement and pull it all back inward to a central core of urbanization. This is how human society has always worked throughout history. There are separate states that ban together typically against a foreign enemy, and then there is a union and a larger consolidated state we call federalization. This pattern is true for the United States, Canada, Mexico and it has been the idea behind the European Project to federalize Europe. 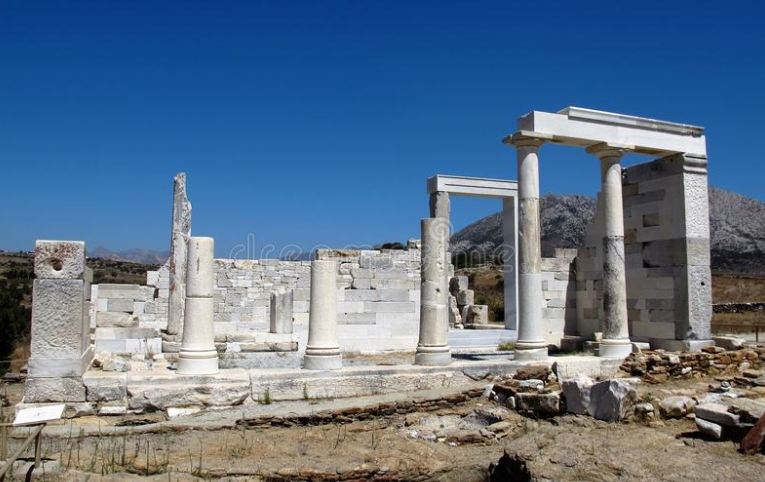 The Delian League (or Athenian League) was an alliance of Greek city-states led by Athens and formed in 478 BC to liberate eastern Greek cities from Persian rule after they defeat Xerxes and the Persian invasion. It was to also be a defense against any possible revenge attacks from Persia after the Greek victories at Marathon, Salamis, and Plataea in the early 5th century BC. This unification of Greek city-states under Athenian rule led to resentment and finally the Peloponnesian War where Athens was defeated by Sparta and rebelling Delian League members. The number of members of the League changed over time but around 330 are recorded in tribute lists who had to pay into the central treasury much like the EU structure today. Initially, members swore to hold the same enemies and allies by taking an oath.

The actions we saw with Spain invading Catalonia were the very same reactions that Athens took against Naxos who sought to leave the Delian League in 467BC when it became obvious that the purpose to defend against the Persians no longer made sense. The League and its requirement of tribute/taxes was a major factor behind separatist movements. An example of the refusal to relinquish power can be seen when Naxos who sought to secede. Athens responded in dramatic fashion by attacking the island and making it a semi-dependency, albeit with a lower tribute. This is the same reaction we should expect from Brussels and it is a serious threat to all member states to allow Brussels to create its own standing army. They will follow the same pattern and no doubt one day invade a member state that attempts to leave.

I have stated many times that History is a roadmap to the future because the human response will ALWAYS be the same given the same set of circumstances. Therefore, Mexico will also split and the indigenous Maya will reclaim their independence and that may come by 2029. The Mexican Revolution began in 1910 led by Emiliano Zapata. Then in 1911, President Porfirio Diaz, who ruled as a dictator for 35 years (1877–80, 1884–1911), was overthrown and replaced with revolutionary Francisco Madero. The last major event was the adoption of the Constitution in 1917.