BOJ Trapped – How will the Nightmare End? 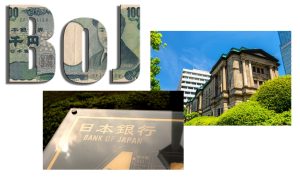 Bank of Japan (BOJ) Governor Haruhiko Kuroda publicly stated that it may maintain ultra-low rates for a further period of well over a year. However, he also warned against the idea of propping up the economy through unlimited money printing to finance government spending. That may sound nice, but the Bank of Japan is trapped. Its holdings of the national debt have reached nearly 50%. The BOJ modified its forward guidance or pledge on how it will guide future monetary policy. It stated that current very low interest rates will continue at least until the spring of 2020. However, there is ZERO hope without the BOJ buying the government debt that interest rates will rise dramatically and a financial crisis will be in the making.

The BOJ will keep rates low for an extended period of time for they have no choice. There is no way out of this nightmare and the real inflationary cycle comes when the majority wake up and realize that the emperor has no clothes, and that means the central bankers worldwide.