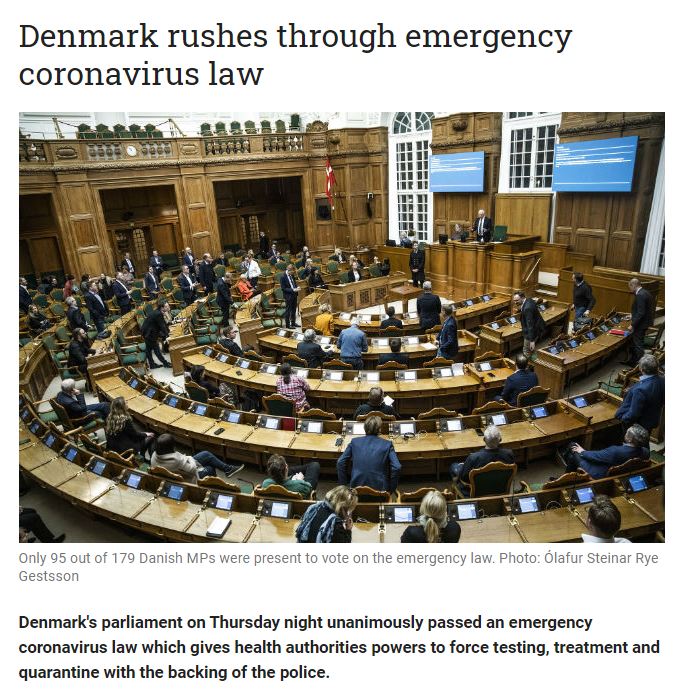 Denmark has taken a major step to a totalitarian state. This new law allows forcing people who test positive for ‘dangerous diseases’ to be ‘medically examined, hospitalized, treated and placed in isolation’. This further grants the Danish Health Authority the power ‘to define groups of people who must be vaccinated in order to contain and eliminate a dangerous disease’. The government can now coerce people who refuse to have the vaccine ‘through physical detainment, with police allowed to assist’. 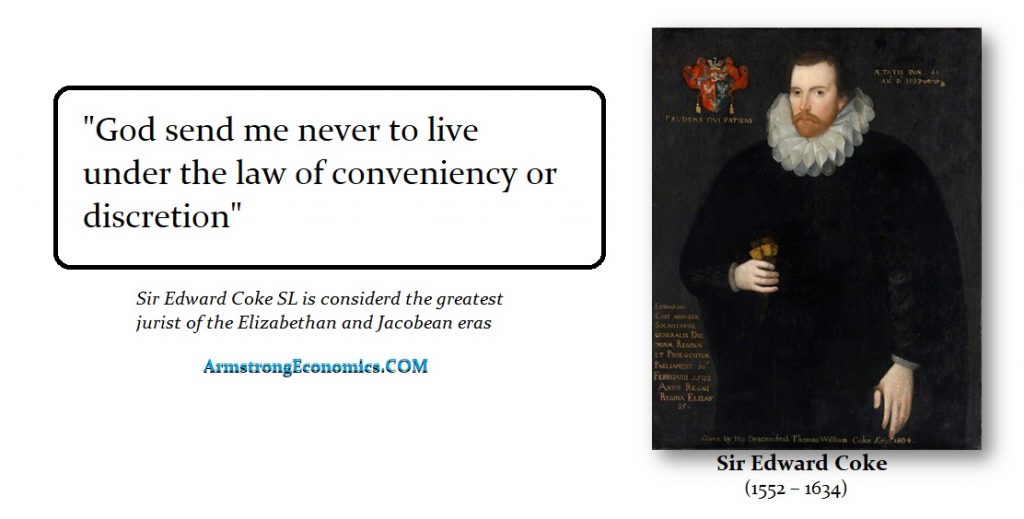 These clauses present the collapse of all freedom. The government can simply say they “think” you are a member of such a group they define arbitrarily without any court to step in with respect to human rights. All individual liberty is now officially extinguished. This law allows full discretion to government officials with respect to defining what is now even a ‘dangerous disease’ and which groups will be forced to take a vaccine.

The government was forced to repeal the law after a week of constant protesting.

All the lessons of tyranny born with such horror and human suffering, for which so many gave their lives in defense against such unbound discretion handed to government agents, has been pushed aside. This agenda is being imposed because SOCIALISM is collapsing – they can no longer fund the pensions and programs for they can no longer borrow other people’s money. Instead of revising the system to preserve our humanity, world leaders have chosen the path to authoritarianism and the end of all our rights.

We no longer have world leaders who even remember World War II. They think only about their own status and power. They do not represent us. Just open your eyes, they are all using the very same slogan – Build Back Better.

Now listen to the words of Schwab. His set has the same slogan. This is the 2030 Agenda being pushed by the World Economic Forum. They believe they can terrorize people with the virus and keep the people locked down long enough to destroy the economy leaving no choice but to accept their agenda.

I have warned that this 2020 election was NOT simply Republican v Democrat or even Trump v Biden. This is about the very survival of the United States for they are counting on Biden being senile enough to have the sovereignty of the United States to the United Nations and fulfill George Soros’ dream of a one-world government.

My family fought in the American Revolution and in every war ever since. This is my contribution to have access to those who dissent and wish to save what we have.

Please repost this everywhere. We need to build momentum or everything will be lost.

« Switzerland to Prosecute COVID Skeptics – Welcome to Tyranny
Schwab Advocates Putting Chips in Our Head so Government Can Read our Thoughts? »