All of this anti-Russian warmongering that the West needs desperately to create a war to hide the total collapse of our Marxist-based Socialist Economy where politicians only know how to run by promising free programs for everything.

Blowing up the gas pipeline from Russia to Germany to economically undermine Russia has undermined the German economy as well – the heart of Europe. Pollution levels in the country have indeed at times reached those of the worst polluting countries.

The energy shortages that have been deliberately created have resulted in surging power prices.  Germany has been compelled to turn to cut down trees for wood and to boost coal use. All of this has taken place while they are supposed to be committed to fighting climate change and the Greens object to any nuclear power.

To keep the factories operating and just the lights on, Germany is now burning coal at the fastest pace in at least six years. Europe’s largest economy is in serious danger of an economic crisis despite the EU’s drive to phase out all fossil fuel. 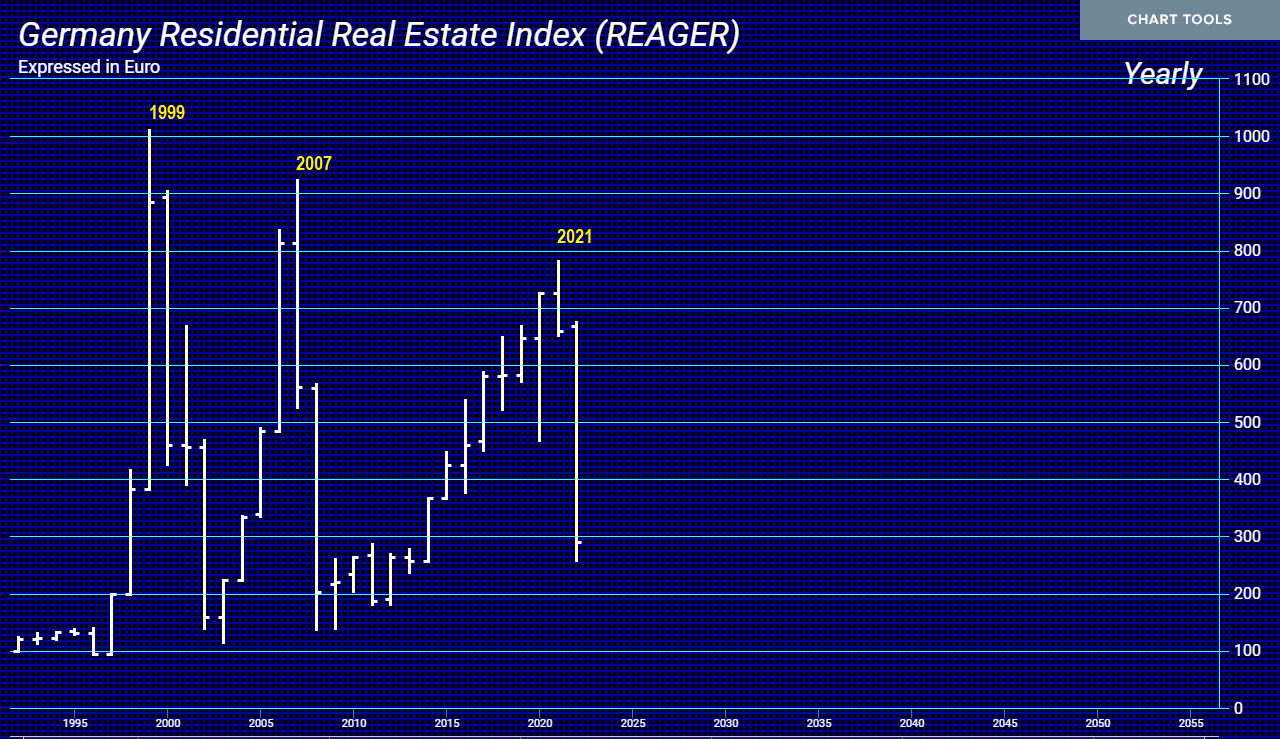 Many have asked why our computer has been so bearish on the Euro. Just look at German Real Estate. The high was in 1999 in both nominal and real terms. Then look at 2007. That was the real estate boom in the USA with the Mortage-Backed disaster. It never exceeded 1999 high. Now, look at the 2021 high. Once again, we see a lower high. Here we are 23 years from the 1999 high and still making corrections. Add to all of this the deliberate energy crisis and the rising costs just to stay warm are very serious.

Germany is the heart of the EU. Without a solid economic performance from Germany, the Euro is doomed.