Over 5 Million Government Employees Strike Against Fall of Socialism 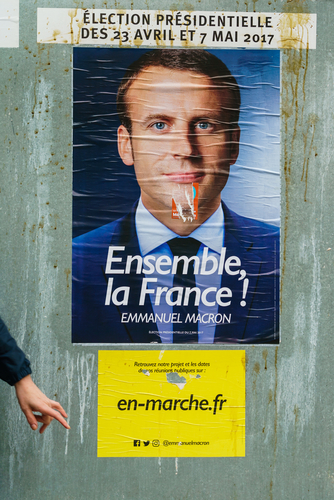 In France, tens of thousands of people went to the streets for the first time in ten years in protest against Macron. All 5.4 million public employees went on strike. The protests are directed against the planned elimination of 120,000 official posts and the end of the welfare state as many see it. In addition, Parliament has authorized President Emanuel Macron to implement the disputed labor market reforms by means of regulations.

Macron’s battle against high unemployment does realistically look to relax the rigid labor law that is one-sided for the worker against companies under the theory of Marxism. Macron realizes that more flexibility must be provided to employers or they will not hire people – plain and simple. He wants to implement his controversial reform through ordinances, or what we would call executive orders in the States and is, therefore, faster than the usual parliamentary legislative process. The parliament had to grant him the right to revise regulations but by law. The law now allows Macron to revise regulations and at the same time fixes the outline of the reforms.Macron promises “more freedom” for companies and at the same time “more security” for workers.

Criticism of the reform comes from trade unions and left parties who cannot see the opposite side of the table. They say Macron has taken an entrepreneur-friendly policy and is dismantling the welfare state. This is what the strikes are all about. Once again, we are looking at the demise of socialism. Do not forget, Communism began in France and it was sold to Marx as a great idea. The idea of the commune emerged in the late 18th century.