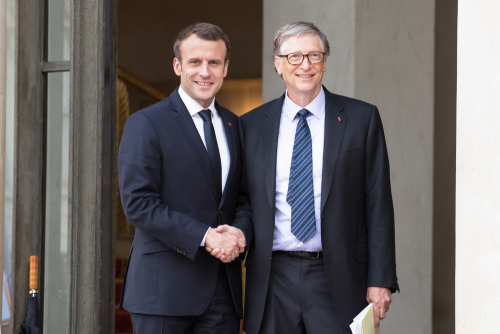 Macron delivered a 27-minute speech to the nation on television. Macron announced a full-blown authoritarian measure that takes France off the tourist list. He has made vaccinations MANDATORY for caregivers, store clerks, waitresses, and all other workers “in contact with the public” with no exceptions for health or religion. On top of that, he has made it also MANDATORY to have his Gates-inspired health pass to enter all restaurants, cafes, theaters, and cinemas. In other words, without a vaccination, you are not even allowed to go to the store and buy anything.

As if this was not bad enough, Macron also announced a pension reform after the epidemic. This is the real reason for all of this. SOCIALISM is dying and what they are really afraid of is an uprising where like in ancient Rome, the mob storms the palaces and beheads the emperor. Their solution – TOTALITARIANISM and there will be a subtle move to eliminate democratic elections in 2022.