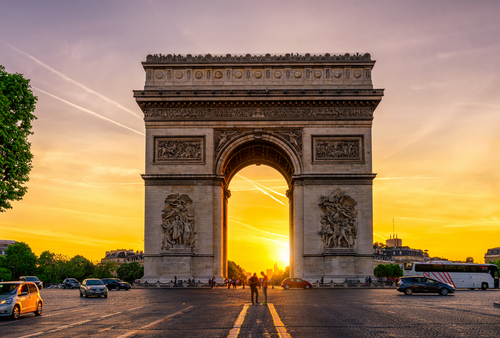 Europe is coming under a lot of pressure. In the UK, people ate becoming very angry over PM Boris Johnson’s consideration of “sinister and discriminatory” domestic Covid-19 passports. In France, the lockdown has become a symbol of total corruption and a viral report on secret luxury dinners for government ministers is reminiscent of the old Soviet Union where the leaders lived in luxury in hidden military bases which the people starved. In France, l’Opinion has written that the government can deny the allegations but the damage has already been done.

All of this is coming from the World Economic Forum which has virtually total control over Europe at this time. Even the head of the IMF and the European Central Bank are both board members of the World Economic Forum. This is strangely right on time. The last two leftist movements were those of 1848 and 1934. Indeed, in France, the revolutionary events ended the July Monarchy (1830–1848) and led to the creation of the French Second Republic. Following the overthrow of King Louis Philippe in February 1848, the elected government of the Second Republic ruled France. There is a very serious risk that these forced lockdowns will result in civil uprisings.

Ironically, in 1853, the French government launched the Crimean War against Russia. If this remains on target, we should expect a war to start by 2025 and it may very well be over Crimea once more.