Theresa May Needs to Go to Vegas to Learn Poker 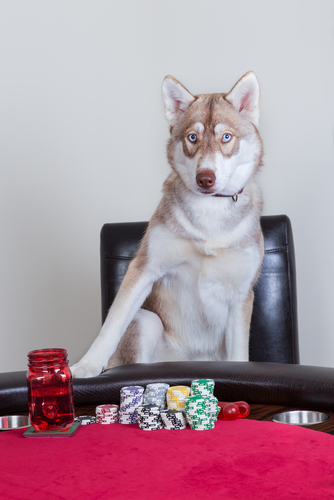 QUESTION: Mr. Armstrong; I know you use to live here in London and in Berlin, you said you still had your British driver’s license. Everyone knows you were friends with Prime Minister Margaret Thatcher and that you are the one they called when Britain had to face its disaster in joining the ERM. If you were to advise Prime Minister Theresa May, what would you tell her right now?

Thank you for your guidance in Britain

ANSWER: Well the first thing, Theresa May should run to Las Vegas and take a course on playing poker and observe the game. You can win with a losing hand if you know how to project confidence and look like you have a winning hand, which is what the EU is doing to her.

In law, I could get you on the witness stand and then ask when was the last time you beat your spouse. You will now have to deal with that agenda. You will swear you never beat anyone and you will want to call your spouse to say you never beat them. I will say that’s irrelevant because they will lie fearing you will beat them again. I have just set the agenda and you will be on defense the whole time. Forget everything else. You will leave the stand and people will think, where there is smoke there is fire, or surely I would have never asked that question without a reason.

This is what Brussels is doing to Britain. They have ABSOLUTELY no interest in actually negotiating any sort of a reasonable deal because their agenda is all about punishing Britain to set an example so that nobody else will follow Britain out the door. This is not about negotiating a good deal for the EU, it is about creating a deterrent to prevent others from leaving and Brussels retains its significance.

It is painfully obvious to anyone who is from the non-political world what is going on here. Britain has not yet realized there is no negotiating with the EU. The Brussels bureaucracy is protecting their jobs and it has NOTHING to do what is best for the people of Europe. So Theresa May is actually negotiating with herself. She offers a deal, the EU declines but makes no counter-offer, and she runs back trying to sweeten the offer.  She is trying to fit a square block into a round hole. Hello! The EU negotiators Michel Barnier, Jean-Claude Juncker and assorted gang members, are NOT negotiating in good faith because it is NOT in their best interest to do so.

As long as they can keep the uncertainty in play, they hope to see the pound collapse and that will make the British see they should stay. But the lower the pound declines, the better the British economy for exports are doing better. Companies I have talked with in Britain who were against BREXIT, are now saying it’s not so bad.

Juncker responded to Theresa May’s Florence speech saying of if she would stay until 2021, the Britain had to surrender sovereignty to the European Courts, which have consistently ruled against Britain just about every single time. The demands for a huge divorce settlement is to fill the pension funds of the Brussels bureaucracy. This is a divorce where they want everything and Britain gets nothing in return.

Their refusal to make any counter-offer demonstrates their lack of good faith in any negotiation. This whole thing is a joke and Britain should refuse to pay anything and just leave. Do not forget, if Germany cannot sell cars to Britain, watch the economy in Germany collapse very fast. About a fifth of all cars produced in Germany last year, or around 820,000 vehicles, were exported to the UK, making it the single biggest destination by volume. The trade deal works both ways, yet you would think it is a one-way street according to Jean-Claude Juncker and his gang of self-aggrandizing bureaucrats.

May holds the winning hand in the game and she seems not to understand even what it is. First, I would say OK:

Then, and only then, will you see Jean-Claude Juncker suddenly lose 2 stone (28 pounds) as his phone melts down from German Industry screaming you IDIOT!!!! May holds the winning hand because Britain pays the most for the defense of Europe and they are the biggest market for German exports in Europe. Hello! Look at the cards before you make a bet.