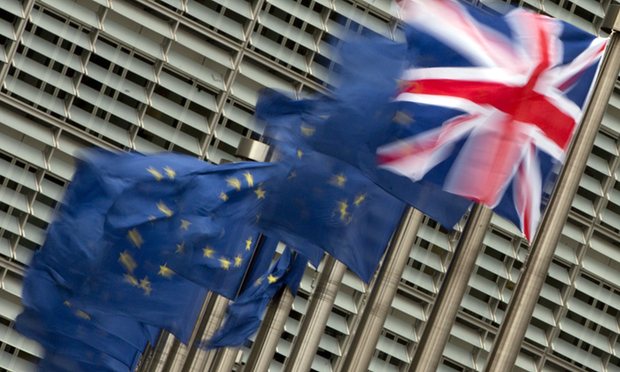 QUESTION: Marty; There is talk that Britain will join NAFTA rather than the EU. Does that make sense? What do you think?

ANSWER: The EU is in a death spiral. Every law they pass is to preserve their own power – not for the good of the people or Europe. Once again, the government solution always runs counter-trend to the Free Markets setting the stage for the next crisis. The EU banking rules allow them to just seize everything and shareholders get zero. This is what they did when Spain’s Banco Santander bought rival Banco Popular for €1. The bank which was valued in the collapse at €1.6 billion yet it was sold for €1. Now, banks are finding it extremely hard to raise new share capital. That will only result in more bank seizures. Hello! It would be nice to have someone in government with common sense.

Britain should run away from the EU and slam the door shut and then nailed it to be sure. The British should abandon the EU altogether and undeniably join the NAFTA trade agreement. If they do not, Britain will find itself being dragged down with the sinking ship.

A free trade agreement with the USA would be a slap in the face for the EU and even that will never cause the EU to look in the mirror. Like Hillary, they will blame everyone other than themselves.

The government data on British GDP clearly demonstrates that Britain has NOT benefited from joining the EU because of the secret agenda to federalize Europe to eliminate European War. This theory of one government in Europe, The United States of Europe, will end a possible war is just absurd.

This narrative that the entire purpose of the federalization of the EU is to stop any war was stated bluntly by Hollande in the European Parliament. You cannot get more one-world government than this theory. But this spills over into economic power and the surrender of all sovereignty to Brussels.

Margaret Thatchers Burges Speech was spot on about the European Project. It was clear behind the curtain back on September 21, 1988, that this was all about the federalization of Europe and the surrender of national identity. The Guardian ran the story: Thatcher sets face against united Europe. Let me make this very clear. Maggie was thrown out of office by a coup orchestrated by her own cabinet. They were eager to surrender sovereignty to Europe and bought into the whole idea of the United States of Europe.

The new government headed by John Major took the Pound into the Exchange Rate Mechanism (ERM) the same month that German unification began. The monetary policies of Germany were starkly different from Britain. I was called when the attack on the Pound unfolded and was asked what our model said about the Pound because they knew I was a friend of Thatcher. I relayed its analysis that the Pound had to be devalued. I was told that was impossible that John Major had said even the week before the Pound would be maintained in the ERM. I then said that the Pound must be suspended if not officially devalued. The pressure was intense. I explained that a fixed rate is a GUARANTEED trade. I can bet billions and if wrong, nothing happens and I get my money back. That finally made the point.

Black Wednesday, September 16th, 1992, was when the UK Conservative government that had thrown Thatcher out of power to take the Pound into the coming Euro was forced to withdraw from the ERM. While everyone blamed George Soros for making over US$1 billion from this GUARANTEED trade, the truth of the matter this is the only thing that SAVED Britain. Britain was headed into the Euro and the elite Conservatives would not listen to Margaret Thatcher.

Now that BREXIT is in play, the British should be on their hands and knees and be kissing their ground that they are not connected to continental Europe. There are many national and regional sensitivities that must be taken into account when it comes to trade. The British want to conclude agreements with India, Turkey, and China, that are not on the same page with the EU.

The government in London is targeting a free trade agreement following the BREXIT to limit disadvantages that people think exist for the domestic economy after the EU exit 2019. The EU is more interested in punishing Britain as an example of other member states that they better not leave the EU or else. This is all about punishment – not economics.

The British government is under pressure, as the EU will only negotiate the free trade agreement in London if the BREXIT divorce talks have made sufficient progress. Donald Tusk has been playing hard-ball to punish Britain and actually said the EU was negotiating in good faith without any evidence whatsoever to prove that statement. He said in turn: “We hear from London that the UK government is preparing a ‘no deal’ scenario. I would like to say very clearly that the EU is not working on such a scenario. “

There has been little tangible results in trying to negotiate with the EU. British Prime Minister Theresa May is expecting the conclusion of the BREXIT talks only before the departure from the EU in March 2019. Clearly, the British government is also preparing for a situation where no agreement is reached with the EU on exit and contingency plans are being put into place for this likelihood. Keep in mind that the EU will NOT make easy for they fear other states will take the same option.

This is a matter of pride for the EU. A hard BREXIT would hit especially the German economy. The representatives of the German economy are already nervous because of the slow negotiations. The German Federation of German Industries (BDI) has already warned the government that German companies had to “take precautionary measures for a very hard departure.” The Association of German Machinery and Plant Engineering (VDMA) said: “A tough Brexit is a conceivable but not acceptable scenario for the economy.”

Why is German industry getting nervous with its politicians seeking revenge? Britain is the world’s fourth-largest international market with an export volume of €7.4 billion euros last year for German products. Conversely, the Britain delivered 2016 machinery construction products worth €2.4 billion to Germany.

The problem is purely political and has become a turf war and pressure builds against the dreams of the centralized federalization of Europe.