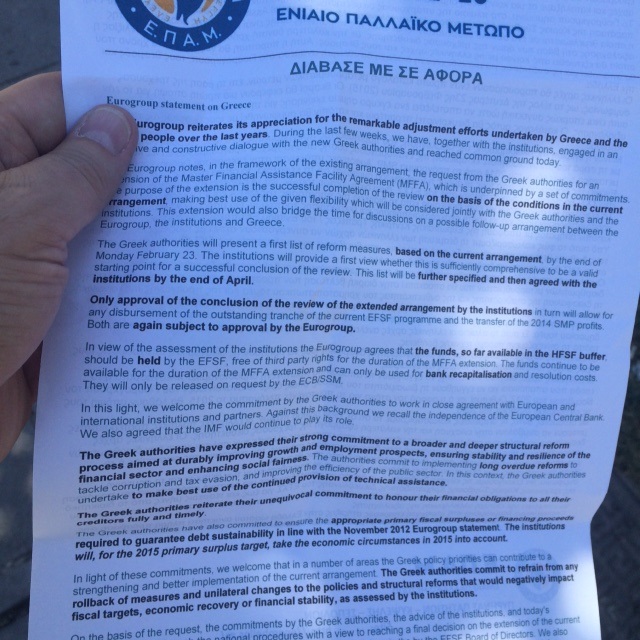 Voting today began at 7 AM local time in Greece and will continue until 9 PM. The polls show a virtually even split. We are likely going to see civil war unfold in Greece if this is a YES vote, for the youth will have absolutely no future under the oppression of Brussels and those who think a YES vote will bring prosperity are drunk on their propaganda, if not totally out of their mind.

The more likely outcome will follow the same pattern as in Scotland, but more violent. The Scottish saw their vote rigged and lost their bid for freedom. There too it was the older generation whom destroyed the future of the youth. The comeback can be seen in their elections as they threw just about every single Labour party member out of office; the majority is now for Scottish independence.

We will see Greece move toward civil war for staying within the euro is the worst possible solution for the nation given the goal of Brussels is oppressive austerity and the domination of sovereignty.

The last Greek Civil War took place 1946–1949 between the Greek government army –– backed by Great Britain and the United States –– and the Democratic Army of Greece (DSE), the military branch of the Greek Communist Party (KKE) backed by Yugoslavia and Albania, as well as Bulgaria. A YES vote today will more likely than not set that cycle in motion and we should see a violent conclusion begin by 2018.