The Fight Behind the Curtain inside the EU 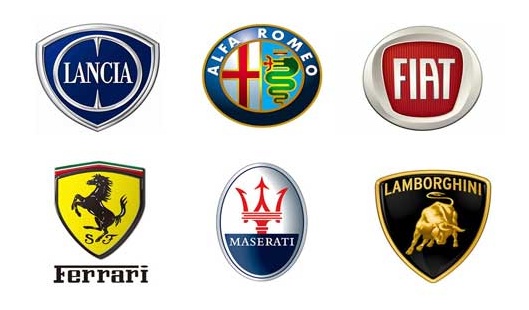 Italy is the third largest economy in Europe just behind France, but it is number two insofar as industrial production is concerned. The French manufacture three main brands, Peugeot, Citroen, and Renault, in the world of automobiles which are not very popular in the USA. The Italians, however, have the more recognized brands worldwide such as Ferrari, Maserati, Lamborghini, Alfa Romeo, Fiat, and Lancia. The sports car enthusiast is always torn between a Ferrari and a Lamborghini while you are beginning to see Maserati’s everywhere in the standard high-end marketplace.

From the manufacturing perspective, the Italians have been able to compete producing cars in Euro for their reputation in car production carries the day. The crisis for Italy with respect to the Euro has been the conversion of their past debt to Euro which altered the standard depreciation of debt whereby you are paying back with cheaper currency.

The idea that was floated as an alternative to leaving the Euro calling for a referendum on the country’s EU membership was the proposal which called for the introduction of so-called mini-bots – government guaranteed bills. The catch was that they were to be restricted only to Italy and can be used to pay taxes making them currency that pays interest by a sort of derivative reestablishing the old Italian lira. This idea does not seem to be moving anywhere close to reality. However, it recognized that there was a problem with Italy’s debt.

Instead, the Italian proposals have turned on reforming the ECB. There are people in the Italian government who want to alter the ECB as a direct result of Draghi’s policy of Quantitative Easing which has destroyed the European Bond Market. The Italian proposal call for the ECB’s statutes should be changed to allow the central bank to act as a lender of last resort and acquire Italian government bonds not only on the secondary market by QE, but also on the primary market buying them directly from the Italian government. In reality, this would be a direct assault on the German philosophy of austerity. There would be nothing against higher inflation if it would create more jobs. Italy is making it clear that they would prefer 7% inflation and an unemployment rate of 2% rather than 2% inflation and an unemployment rate of 7%. In reality, Italy is arguing for the same policies that were adopted by Roosevelt to end the Great Depression.

This is becoming a battle behind the curtain between austerity and reality. The question to emerge is what happens if Germany refuses to yield? Are we looking at the very issue that brings down the entire EU house of cards?