The Euro & the Press 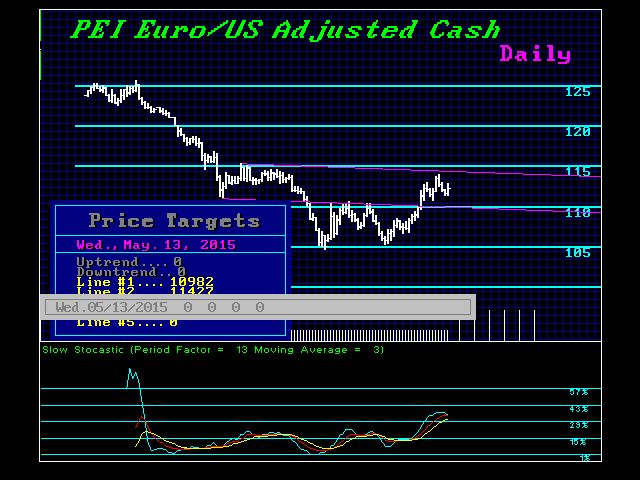 Typical. The European press is claiming that the euro decline is over, and a Greece default will not harm Europe. This seems to be the standard propaganda from government that comes out with every serious change in trend, be it Japan in 1990, to the U.S. in the 1929 Bubble where it also immediately pronounced the fundamentals were all sound.

We warned that the first area of resistance was at the 115 level on the weekly models and that we did not expect a break of the $0.80 cent level just yet – that was more after 2015.75 than before. Yet we need a daily closing above 11360 to stabilize the euro. A daily closing back BELOW the 11120 level will warn that a retest of the lows will follow.

The decline is still in motion. This is a reaction rally and the very best we can hope for is a retest of the 120 level. However, we must break through the top of the channel on this chart to make that happen. Otherwise, the 115 level may be the maximum on the upside. That channel stands at the 11427 level at this time and the 109 level under the market. Break the channel on the downside on a closing basis and the lows will be retested. The main support still lies at the 103 zone.

« The Reaction in the Euro
Poland – Zloty »