The bad loan (“non-performing loan” (NPL)) crisis in Europe is well known and many have been calling for this issue to be addressed. In Italy, the bad loan crisis has reached 21% of GDP. While NPLs dropped to 4.8% of all loans in the EU as a whole during the first quarter of 2017, they remained well above 40% in Greece and Cyprus, at 18.5% in Portugal, and 14.8% in Italy according to the European Banking Authority.

Now comes the bureaucrats with zero experience to save the day – or is that to create a financial pandemic in the EU? The EU Commission (EUC)  along with the European Central Bank (ECB), want to ensure that banks promptly sell real estate, stocks, bonds and other assets that serve to collateralize loans according to their Mid-term Review of the Capital Markets Union Action Plan.  Member States are required to adopt laws that facilitate the central directive. At this time, any bank cannot just sell a property that secures a loan. The problem is, all loans, whether secured or not, are valued the same.

Once again, all we have is the ECU and ECB desperately trying to prevent a banking crisis as loans in default rise. However, this project is totally incomprehensible for now a well-secured loan which does not pose any particular credit risk in traditional banking can find its collateral sold. Any loan cannot liss a payment in difficult periods even when fully collateralized. This puts the European economy in a serious crisis for if banks begin to sell off collateral, then the entire market will move into crash mode forcing asset values to decline undermining the collateral of other loans. This regulatory logic is just totally insane and is concerned only with EU fiscal policy that does not want to support the banking industry and thus the economy.

All loans have been rated the same in Europe for a long time, no matter if the collateral fully secures the loan or is not even present. If a borrower encounters any problem, the loans are to be downgraded in terms of creditworthiness and must be underpinned by more capital that must be added to the bank reserves. This applies even if the borrowers are economically sound and have sufficient assets but encounter cash flow problems because of the overall economic condition, they can find their collateral being sold off in a manic fashion. The new rules mean that a loan quickly becomes an NPL and banks are to liquidate the collateral ASAP.

If an NPL is equipped with collateral, the bank is now directed foreclose and sell the real estate, securities, and any other collateral according to the EUC and ECB. This means people will be thrown out of their homes if they become unemployed and cannot make a mortgage payment. The loss of a source of income will cause the loan to be classified as an NPL and sold even if the home has just 10% of its value outstanding. The bank must act as if the family were bankrupt and the loan uncollectible.

If a small business experiences a decline in sales because of the economic deflation in Europe, the business is classified as a higher risk. The existing securities used to collateralize the business loans are sold and the current account credit is repaid as “NPL”. Many small businesses pledged the owner’s home to back the business. Under these new rules, the small business will be liquidated and the owner will lose their homes as well. The implication of these rules means that a small business will not be able to expand and hire people when the risk is far too great. Economically, the new rules will undermine the economy even more and send Europe into a deeper recession while causing collateral values to decline.

Under these rules, a massive sale of land and real estate would most likely result. Asset values will decline as was the case during the Great Depression as banks would generate lower revenues from the realization of collateral only further causing the banking crisis to spiral downward into a complete debt crisis in Europe. 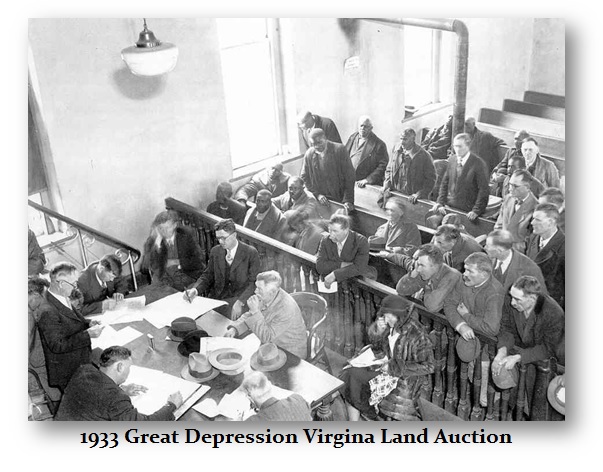 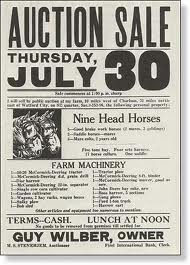 The crisis gets even worse where there are family members who co-signed for a mortgage. The friend or family member who co-signed the loan is now required to make all the payments and if they do not, then their assets will be seized and sold as well. What these bureaucrats fail to comprehend is that assets will collapse rapidly because other banks will be unwilling to finance loans for someone else to buy the property being sold off at auction. During the Great Depression, farmland fell to even less than 10% of its value because the only buyers were those who had cash.

The banks are supposed to sell NPL, but under a massive force liquidation, asset values will collapse. They assume that such a sale would be one property at a time that would not impact the overall market. Under these rules, we will see the deleveraging of private debt in Europe on a grand scale.

The EU’s policy of classifying all loans for the slightest problem as a risk explains why bank overseers are talking about €800 billion to €1 trillion euro in NPLs exist among the European banks. There is no distinguishment between fully-collateralized and non-collectible loans. Nor do bureaucrats comprehend the true meaning of a “non-performing loan” that is temporary and one that could never be repaid. Bureaucrats are not capable of understanding the economy nor do they comprehend that the entire economy is leveraged. Most people buy their home on credit, not cash.

Bureaucrats also fail to understand that NPLs since the financial crisis of 2008/2009 are not exactly the crisis they assume. In truth, irrecoverable loans would have to be written off long ago since the bank balance sheets under current auditor rules. Therefore, the current NPLs are generally good loans that can be serviced according to the usual banking practice that are experiencing cash flow problems. The EUC is demanding banks sell all NPLs, secured or unsecured.

Under these rules, there is little interest in the secondary market for the purchase of NPLs from banks, which are typically sold off at a discount. With no viable secondary market, Member States are to set up so-called “Asset Management Companies” (AMCs) to buy and sell NPLs. State subsidies are recommended – “of course only insofar as they do not contradict the EU prohibitions on state subsidies”. How to resolve this contradiction, the commission does not say. It also calls for the creation of service companies to service the loans. This is taking a problem and turning it into a crisis with more bureaucrats making decisions.

Back in 2008, banks sold off loans which were called “asset-backed securities” (ABS). This only accelerated the crisis because the loans were managed by computers that automatically defaulted on the entire loan with the slightest delay. The result was clear. Many families lost their homes without necessity and small businesses had to close. Then the banks were sued in legal proceedings for selling damaged loans. Here too, we have a strict rule that someone behind on a mortgage will be immediately declared an NPL.

The NPL agencies and service agencies for loan management envisioned by the EUC and ECB will effectively take over the portfolios of the banks in a forced ABS. The banks will, therefore, outsource the risks to government-run agencies. This will be the official institutionalized ABS structure. The scheme is that these bureaucratic institutions will somehow be better at managing loans and will magically require no capital since they will sell the assets and then pay the bank. In this way, the allocation of new loans should be made possible in their mind. As always, the government does not understand the marketplace or the economy and assume that asset prices will not decline in the face of incompetent government sale of assets.

This scheme has failed to address the problem that when selling loans, the selling bank will still retain part of the risk of a loss in capital based upon the sale price achieved by the government. This is replacing banks with experience with bureaucrats yet the banks will suffer the losses taken by the bureaucrats.

The NPLs are far greater in the southern region of the EU. This measure will only intensify the call for separatism. The new rules are more-likely-than-not going to set off a new phase of the debt crisis and nurture it into a Financial Pandemic.