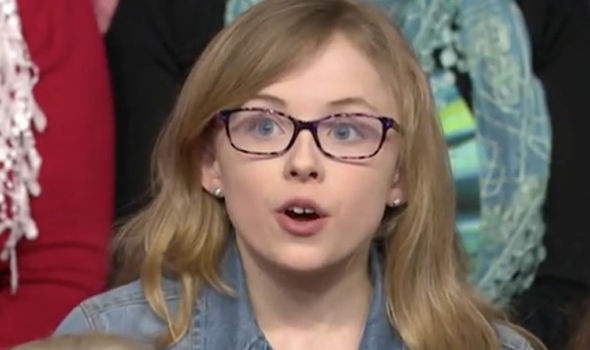 British schoolgirl Lexie Hill blew politicians away when she made a statement as an audience member on TV. The filmed show was in Poole, Dorset. Lexie confronted Ms. Abbott Elizabeth Truss, Julia Hartley-Brewer, Giles Fraser, and Julian Fellowes. She emphatically stated: “I am sorry, but I can’t accept Liz’s arguments that they are trying to remove the pull factors for migrants because what is increasing the living wage to £9 in 2020 going to do, especially to Eastern Europeans who have a minimum wage that is already one tenth of what ours is, surely that is going to increase net migration?”

Lexie added: “We could have someone coming unskilled without any questions from within Europe, but a really talented doctor from India has to go through a really intensive process. It doesn’t make sense.”

She is not even in university yet. Lexie has shown just how stupid the arguments presented by politicians to stay in the EU really are. The press is “free” to pick sides, and they pick government against the people. So what else should we expect? It looks like we have a young Maggie Thatcher in the making. I would hire her, but I would probably get in trouble for using child labor. It is strange when a child has better reasoning and clearer logic than the adults who just believe whatever the press and politicians tell them. If she would like to write a guest column, that might be interesting.

« Collapse of the EU – Is it Inevitable?
The EU Going Quietly into the Light? »