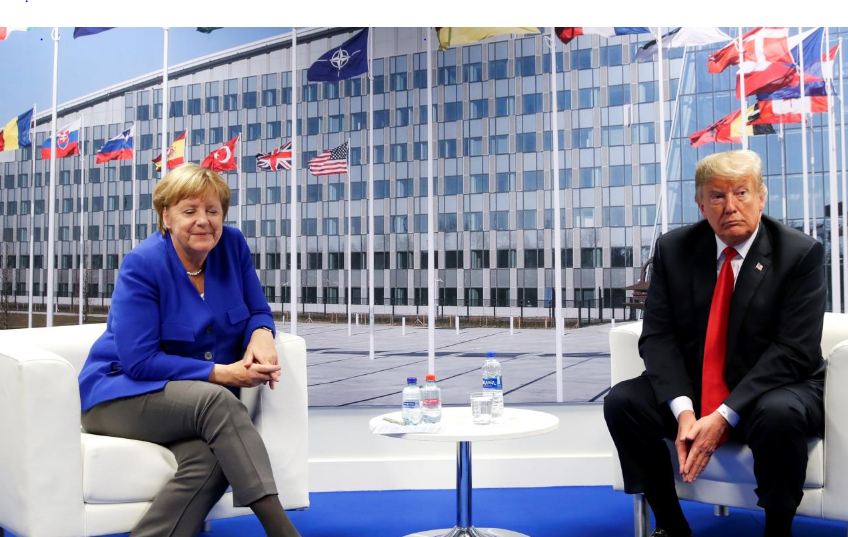 Perhaps the most interesting observation of how Trump handles negotiations is that he approaches them as a businessman rather than a politician. He certainly does not play nicely or puts on the pretense that everything is wonderful in the land of politics. Indeed, NATO officials were on edge and nervously welcomed President Trump who arrived in Brussels on Tuesday night. They were afraid he would behave “badly” over the two-day meeting. Normally, NATO summits are fixed in advance and proceed in an orderly fashion to create the image that everyone is in solidarity. This summit began strikingly differently on a most divisive footing in NATO’s 69-year history. Will 72 years be its demise or reincarnation?

From the opening bell, Trump’s first words signaled this meeting was not going to be boring or politically correct. Trump openly complained that Germany was totally controlled by Russia and that German politicians had been working for Russian energy companies after leaving politics and said this was inappropriate. As the head of NATO Mr. Stoltenberg immediately looked very uncomfortable, Trump continued his assault in a very unrelenting manner as you would in a business negotiation in a hostile takeover. Trump said: “I think it is very sad when Germany makes a massive oil and gas deal with Russia.” He continued saying that “we” are supposed to be guarding against Russia, and Germany goes out and pays billions and billions of dollars a year to Russia. “We are protecting Germany, we are protecting France, we are protecting all of these countries and then numerous of the countries go out and make a pipeline deal with Russia where they are paying billions of dollars into the coffers of Russia. I think that is very inappropriate.”

Trump kept up the aggressive negotiating stand. “It should never have been allowed to happen. Germany is totally controlled by Russia because they will be getting 60-70% of their energy from Russia and a new pipeline. … You tell me if that’s appropriate because I think it’s not. On top of that Germany is just paying just a little bit over 1% [of GDP on NATO defense contributions] whereas the United States is paying 4.2% of a much larger GDP. So I think that’s inappropriate also.”

For decades, American politicians complained about European tariffs against American products while the US was paying the bulk of the cost for both the United Nations and for NATO expanding the US national debt year after year. Trump was the first President to openly come out and say publicly: “I think it is unfair,” Trump said. No other American president had ever raised European defense spending as a major negotiating tactic linking it to trade. Trump openly came out and bluntly said:  “We can’t put up with it!”

After things calmed down, Merkel herself, speaking through an interpreter, said that the meeting was an “opportunity to have an exchange about economic developments … and also the future of our trade relations.” Trump managed to convert the normally separate NATO boring meeting and linked it to trade. Of course, the American press will not report the real tactics going on. They are too busy trying to impeach him.