Hollande is running only around a 10% approval rating. Merkel’s CDU came in third place in her home state. Things are a moving and shaking as they say in Europe. Indeed, get ready for 2017 will be the tipping point in markets as a whole. The refugee crisis has indeed changed the face of Europe and introduced terrorism on a much wider scale. Both Hollande and Merkel cannot possibly admit that the refugee crisis has pushed Europe off the edge. Terrorism has engulfed Europe and these two leaders will not admit their contribution to this situation. So there is no question that these two leaders must go to simply change the course of the future.

We have to understand, the justification for creating the Euro came out of Hollande’s own mouth – it was to prevent war with Germany. As always, politicians are fighting the last war. They remain blind to the fact that this time, a European war will not be led by Germany trying to take over Europe. They real threat is internal unrest and civil war created by the failed attempt to federalize Europe and force one culture upon everyone. Additionally, it is the hidden rise of the idea of a religious war and the resurrecting of the Ottoman Empire is a different form. This is not shared by the Islamic people, just some leaders who view power as did Hitler, Napoleon, and the rising civil unrest against the old Austrian-Hungary Empire, which was the seat of the old Holy Roman Empire. The common answer is that the immediate cause of World War I was the assassination of Franz Ferdinand, the archduke. His assassin was Gavrilo Princip – a Serbian nationalist with ties to the secretive military group known as the Black Hand, which was a Christian based group who supported independence. 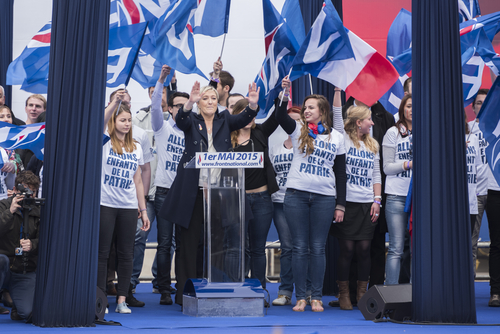 France’s National Front party leader, Marine Le Pen, has now vowed over the weekend to hold a referendum on whether France should stay or should it go with respect to the European Union if she wins the 2017 presidential election. Marine Le Pen has positioned herself as the sole credible defender of law and order and national unity. She has said that the best way to combat terrorism was the ballot paper to change leadership. Reuters has reported that she said: “This referendum on France belonging to the European Union, I will do it. Yes it is possible to change things. Look at the Brits, they chose their destiny, they chose independence … We can again be a free, proud and independent people.” 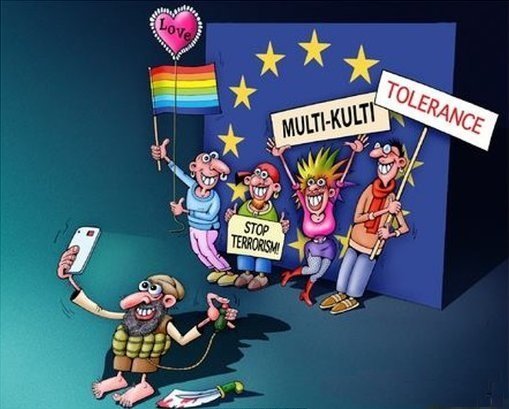 The National Front is a eurosceptic organization which has been boosted by the BREXIT vote. Marine Le Pen is portrayed as far-right because she has advocated her country should come first. However, the absurd policies of Brussels in attempting to fulfill the dream of becoming the United States of Europe, was carried out denying at every possible turn any democratic process. They had this idea of one government would prevent war, but that was also the dream of Hitler and Napoleon. They have tried to mimic the United States but failed to comprehend what made America work. It was a single language, not a single currency. Once everyone spoke the same language, then Sottish married Italians and Germans married Irish. Such combination in Europe are rare. The politicians have been so far off the mark, it is now endangering all of Europe and the world.