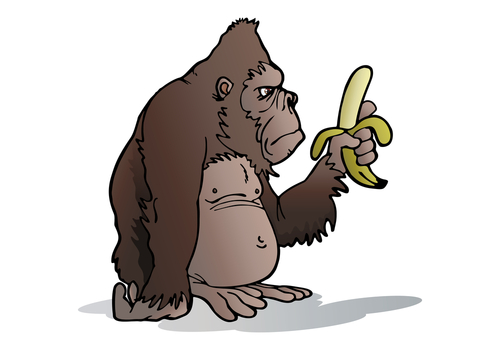 This week, a German cooperative savings bank in the Bavarian village of Gmund am Tegernsee with less than 10,000 in population, announced it will begin charging retail customers to hold their cash starting in September. This will apply to accounts greater than €100,000 euros. This means the bank will charge customers 0.4 percent, which amounts to a direct pass-through of the current level of the ECB’s negative deposit rate. After speaking directly with banking sources, what is happening is that cash is flooding into German banks from around Europe just to park avoiding the negative deposit rate. Now, the banks are starting to pass the negative rates back to the clients. However, much of this flow of capital has also been money fleeing other banks outside of Germany for fear that the euro will break and they will get Deutschemarks.

However, THE 800 POUND GORILLA in the corner of the room is Deutsche Bank itself. Rumor has it that its derivative book is 5 times the GDP of Germany. The real issue here is what happens when Deutsche Bank needs more than a banana? This is the largest bank in Germany and thus the most important bank for all of Europe even if you do not bank there. Can Germany really allow the BAIL-IN process to take place? Politically, this would be total disaster economically, politically, and for the stability of the EU itself. The theory which destroyed Cyrus and has wreaked havoc in Greece, if applied to the largest economy of Europe, will destroy all confidence in Brussels.

Does the fate of Europe hinge on the fate of Deutsche Bank? If the Germans blink, what are the ramifications that will reverberate throughout Europe? These are issues we will discuss at the upcoming WEC Institutional Session.