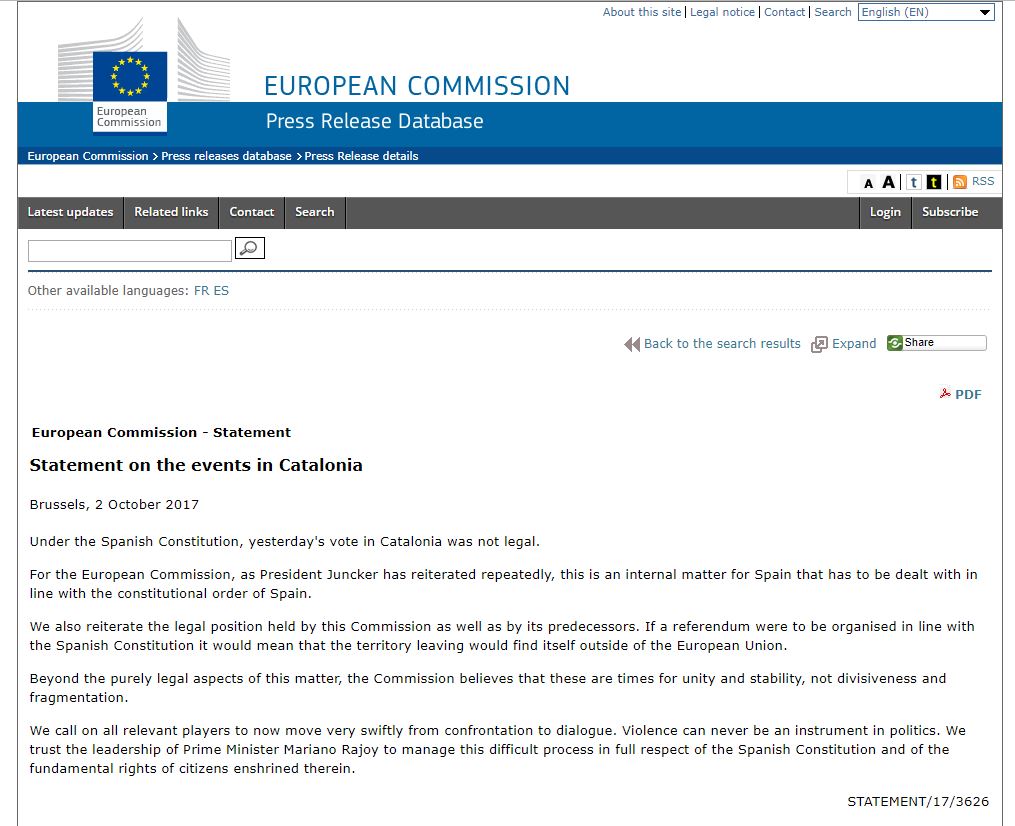 The press release put out by the EU is just amazing. A dictator can write any law he desires declaring something to be illegal. The EU relies upon that unethical law to claim that Catalonia has no right to vote. Canada allowed Quebec to vote twice and Britain allowed Scotland to vote. Why is Catalonia denied any right to ever vote? The EU has the audacity to actually write:

“If a referendum were to be organised in line with the Spanish Constitution it would mean that the territory leaving would find itself outside of the European Union.”

So in other words, had they won an illegal vote, then they would be outside the EU so therefore the EU cannot intervene to defend human rights? So the civil war in Syria is against what they call a dictator and that is OK, but the people inside Europe have no right to demand a change in government at all. I am sure the Syrian government would also say the rebels are acting illegally and cannot overthrow the government. Quite honestly, everyone government throughout history has taken that position no matter if they are a monarchy, dictatorship, tyrannical, or elected republican or democratic.

Well as Thomas Jefferson wrote in the Declaration of Independence that the king also declared was unlawful:

“When, in the course of human events, it becomes necessary for one people to dissolve the political bonds which have connected them with another, and to assume among the powers of the earth, the separate and equal station to which the laws of nature and of nature’s God entitle them, a decent respect to the opinions of mankind requires that they should declare the causes which impel them to the separation.“