Empire Strikes Back – US Shuts Down RT in London & Wikileaks 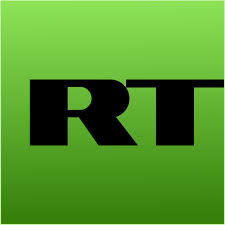 UK Nat West Bank has seized all bank accounts of Russia Today (RT) to end their broadcasting, according to its editor-in-chief- Margarita Simonyan who took to Twitter to announce: “They’ve closed our accounts in Britain. All our accounts. ‘The decision is not subject to review.’ Praise be to the freedom of speech!”

RT says that its bank NatWest, a division of the Royal Bank of Scotland Group, has declined to provide any information for its decision and says it is not appealable. In a letter written to RT the bank said: “We have recently undertaken a review of your banking arrangements with us and reached the conclusion that we will no longer provide these facilities. You will therefore need to make alternative banking arrangements outside of The Royal Bank of Scotland Group.”

Nat West informed RT that all its accounts would be cancelled on December 12th. It said the “decision is final and we are not prepared to enter into any discussion in relation to it.” Julian Assange of WikiLeaks has been a contributor frequently to the channel and hosted his own talk show on RT back in 2012.

This is very clear a standard tactic prior to war to prevent what they would call “propaganda” allowing the opposition to be heard. This comes clearly as a coordinated effort to cut off Wikileaks from revealing anything else on Hillary Clinton. This appears to have the fingerprints of the Obama Administration all over it since it has begun only with the release of Hillary emails. Combined with CNN inferring its illegal to read Hillary emails unless it comes from a US media outlet, is clearly all adding up to reducing the American people to a herd of stupid fools. I stress once again, there is ABSOLUTELY no way they will allow Trump to enter the White House. This is the chatter behind the curtain. The people no longer count. This is not an election, it is shaping up no different from the same criticisms against world dictators for decades.

« Did the ECM Pick the Date of the War in Syria?
The Winds of War are Blowing »