Did the Migration into Europe Bring New Diseases?

The most devastating plagues in history have been created by migration. There were warnings in the form of rumors that told of a great plague in China and India which killed most of the populations there. The plague made its way to Europe when the Kipchak forces were besieging the Genoese trading post in the Crimea. The Kipchaks began to catapult plague-infested corpses over the walls and into the trading post. The disease spread quickly and the Genoese abandoned the outpost. They sailed back to Europe stopping in Sicily in 1347 taking the Black Death with them. Today, the invaders settled in Crimea and are known as the Crimean Tatars.

When Columbus built his first town on the nearby island of Hispaniola, where the native population numbered at least 60,000, by 1548, the native population fell victim to diseases brought by the Spanish. Only about  500 natives survived. They lacked any immunity to European pathogens carried by the Spanish. The natives died from plagues of smallpox, influenza, and other viruses.

The first written records of an outbreak of syphilis in Europe date back to 1494/1495 in Naples, Italy, during a French invasion. It was first called the “French disease”, and it was not until 1530 that the disease acquired its name. The origin of syphilis remains unknown and the subject of debate. Many attributed it to a disease brought back to Europe by the Spanish from the New World. Naples was at that time loyal to Spain so there were clearly contacts there. The French invaded Naples and may have simply been blamed for the disease that was brought to Naples by the Spanish. Nevertheless, syphilis infected even kings, such as the English King Henry VIII who most likely passed on his syphilis to all his children which killed his heir, King Edward VI, who almost certainly died young from inherited syphilis. Still, the disease did not wipe out the majority of the European population as was the case in the New World. 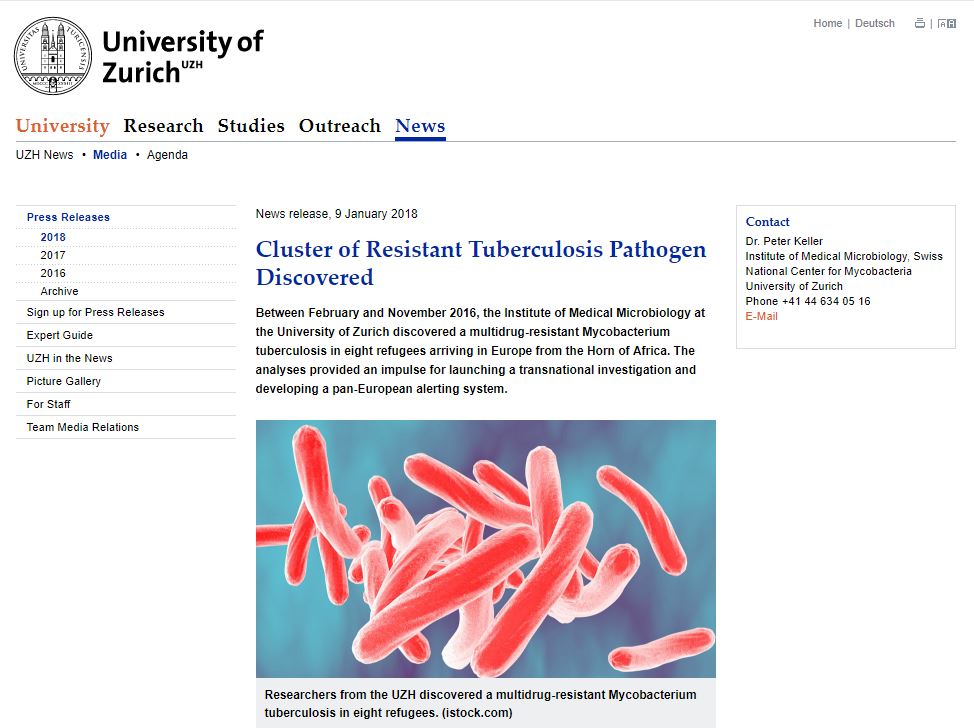 The politicians, who seem to have absolutely no common sense, have invited countless refugees without ever considering the dangers of importing new diseases. There have been cases of a new strain of Tuberculosis which is resistant to all drugs. This has been reported by the University of Zurich.

Tuberculosis wiped out many in the world. The common name for it was “consumption” which first appeared in the 14th century and was applied to describe any potentially fatal wasting disease that caused a slow death. The word meant a condition that “consumed” the body. Only with centuries of research did the disease first become known as “tuberculosis” by 1860. It then took until 1882 when a German physician Robert Koch identified the rod-shaped bacterium that caused the illness we see pictured above in the University of Zurich photo.

The mass migration of refugees into Europe poses far more risk than economic or rapes of women. Like most migrations, you always end up carrying diseases that populations are not accustomed to. Introducing this type of risk demonstrates that politicians are clueless and are not qualified to govern society because they make a decision for their personal career with total ignorance of the consequences.