Is the CIA Responsible for Creating the EU? 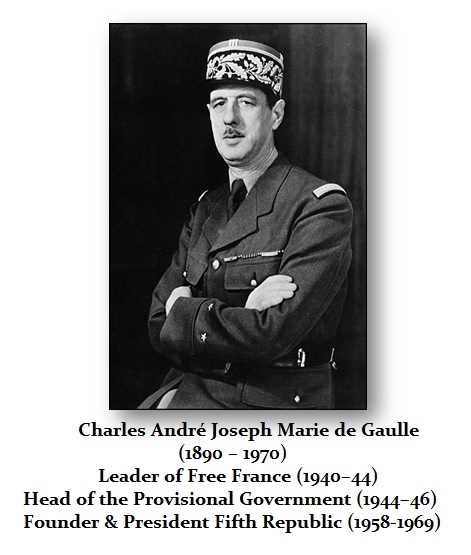 The new conspiracy theory running around claims that the European Union was a CIA project. This serious distortion misses the entire point. It is very true that the idea of the EU was supported by the United States since World War II including the CIA. However, the U.S. supported the idea of the EU as a trade union that could support NATO during the Cold War. However, the idea of federalizing Europe came, not from the United States, but from France. It was de Gaulle who blocked Britain from joining the EU because he wanted France to dominate Europe. It was de Gaulle who broke Bretton Woods by buying up dollars and redeeming them for gold to make France the economic power of Europe. Britain was only allowed to join the EU upon de Gaulle’s death. 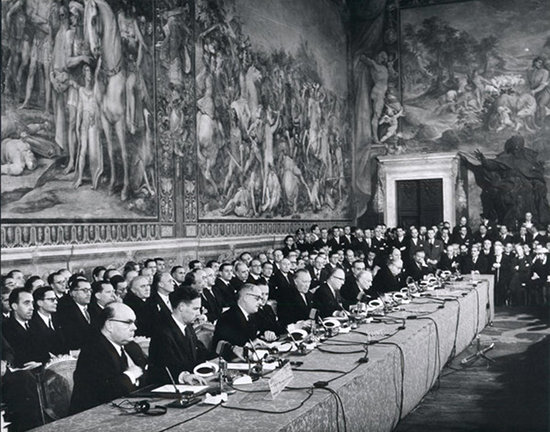 The idea of federalizing Europe was a dream inspired by de Gaulle. This is the origin of the idea that war could be eliminated if there were only one government. That never could have been spoken in real public settings because the differences within Europe ran deep and bitter following two world wars. The Treaty of Rome was to prevent a third European war.

The idea of transforming the EU from a trade union to an economic union was given birth at the Plaza Accord in 1985. That was the brainchild of James Baker to create a viable alternative to the US dollar. That is when the euro was born conceptually. The commission attended our WEC in London and I spoke directly with them at the time. I warned this would result in the collapse of the euro system unless they consolidated the debts. I was told they could not sell that to the European people so they would push for the currency first and later deal with the debt problem. Of course, phase two never came. The euro cannot survive with such a structure. You have people like Martin Schultz now pleading that the problem is not a central power, but Europe needs to surrender all sovereignty to Brussels. 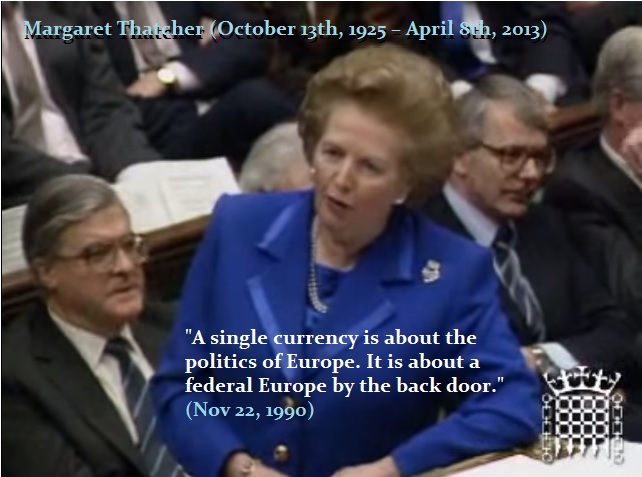 By 1990, Maggie Thatcher was warning that “a single currency is about the politics of Europe. It is about a federal Europe by the back door.” (November 22, 1990). As everyone knows, I was friends with Maggie. I was there through all these machinations. This was BY NO MEANS a CIA plot. The desire for NATO and an EU was in the interests of the United States following World War II and the CIA — absolutely! But do not mix that with the state of the EU today and the attempt to federalized Europe. That is exactly the opposite of U.S. interests for it will lead to the risk of another European war. You can see war is coming. They were yelling at each other at Davos.