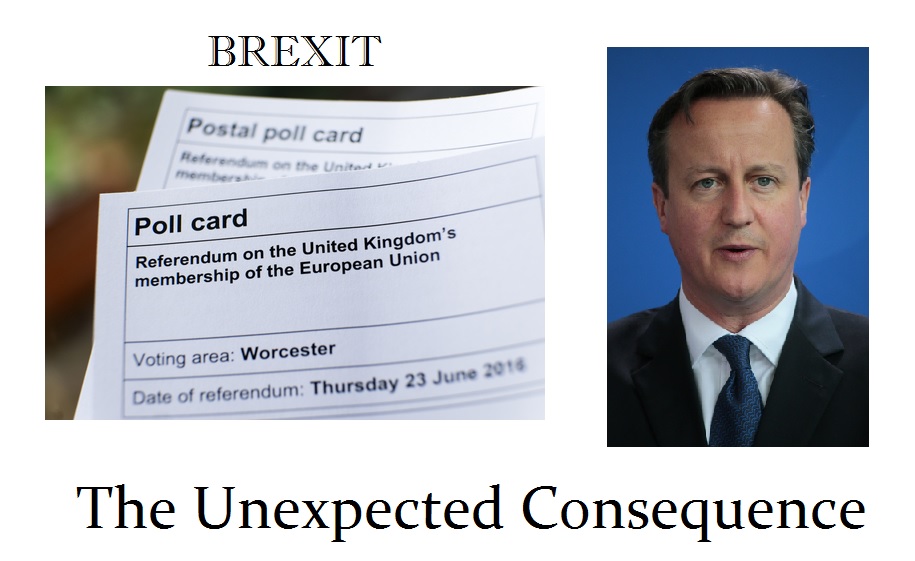 The BREXIT vote is the result of a promise by British Prime Minister David Cameron made back in 2013 when he was besieged by the increasingly assertive anti-European Union wing of his own Conservative Party. To placate the rebellion brewing against the loss of sovereignty to Brussels, Cameron made a promise that he intended only to keep a short-term peace before the 2015 general election. He promised that if re-elected, he would hold an in-or-out referendum on continued British membership in the EU. He never imagined that it would take place, no less win. It certainly appeared to be a meaningless gesture — a relatively low-risk ploy to deal with a short-term political problem to ensure he would be prime minister. Now comes the unexpected consequence.

As BREXIT comes on Thursday, the betting markets are wagering that Britain will choose to remain in Europe. That seems to be due to the fact that they know the vote will be rigged. The polls suggest that the outcome is still too close to call and has a bias toward leaving. There is certainly NOTHING to gain but continued pain and suffering if Britain remains for Brussels will simply plow down all remaining rights to force the ideas of the elite upon the rest of Europe. They assume they alone are right and to hell with public opinion because the people are too stupid to realize what is in their best interest.

On Tuesday, Cameron tried more scare tactics, and warned that a decision to leave would be an “irreversible” choice. He was trying to scare the elderly voters, many of whom tend to favor leaving the EU. Cameron urged them to think about what they would bequeath to the next generation but failed to tell the truth. Like Clinton, they just say shit without any backing whatsoever. Cameron said, “Above all it is about our economy.” Using the government’s own data, economic growth in Britain has gone progressively lower since it joined the EU in 1973. We will soon see how all these lies and scare tactics fair. Our computer shows that BREXIT should win. But it also correctly forecast Gore would beat Bush. The Supreme Court rigged that vote and handed it to Bush after refusing to wait for the final count from Florida. When that count was in, Gore should have won. Here too, BREXIT should win, but the stakes are far too high for Brussels to allow any honest vote at this stage in the game. The bookmakers may be right not because of the people, but because of the corruption.