Banks Trying to Figure Out What Lies Ahead 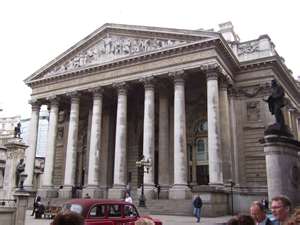 The big US banks — JPMorgan Chase, Goldman Sachs, Bank of America, Citigroup, and Morgan Stanley — have large operations employing tens of thousands of people in the UK. They have historically set up their regulated businesses in Britain and then used its right to “passport” into the rest of the 28-member bloc. Lawyers are warning that after BREXIT, they would likely need a new legal home base, so they are preparing to shift at least some work to cities such as Dublin, Paris, and Frankfurt.

Meanwhile, continental banks in Europe are in trouble. The bad loans continue to pile up and the economy simply cannot recover with negative interest rates. What is ironic here is that UK banks are not in the euro so their reserves are not falling off the cliff as those banks using the euro as its base currency. The UK banks are safer than those in continental Europe — the ultimate irony.