Athens: The Prelude to Freedom or Perpetual Economic Servitude? 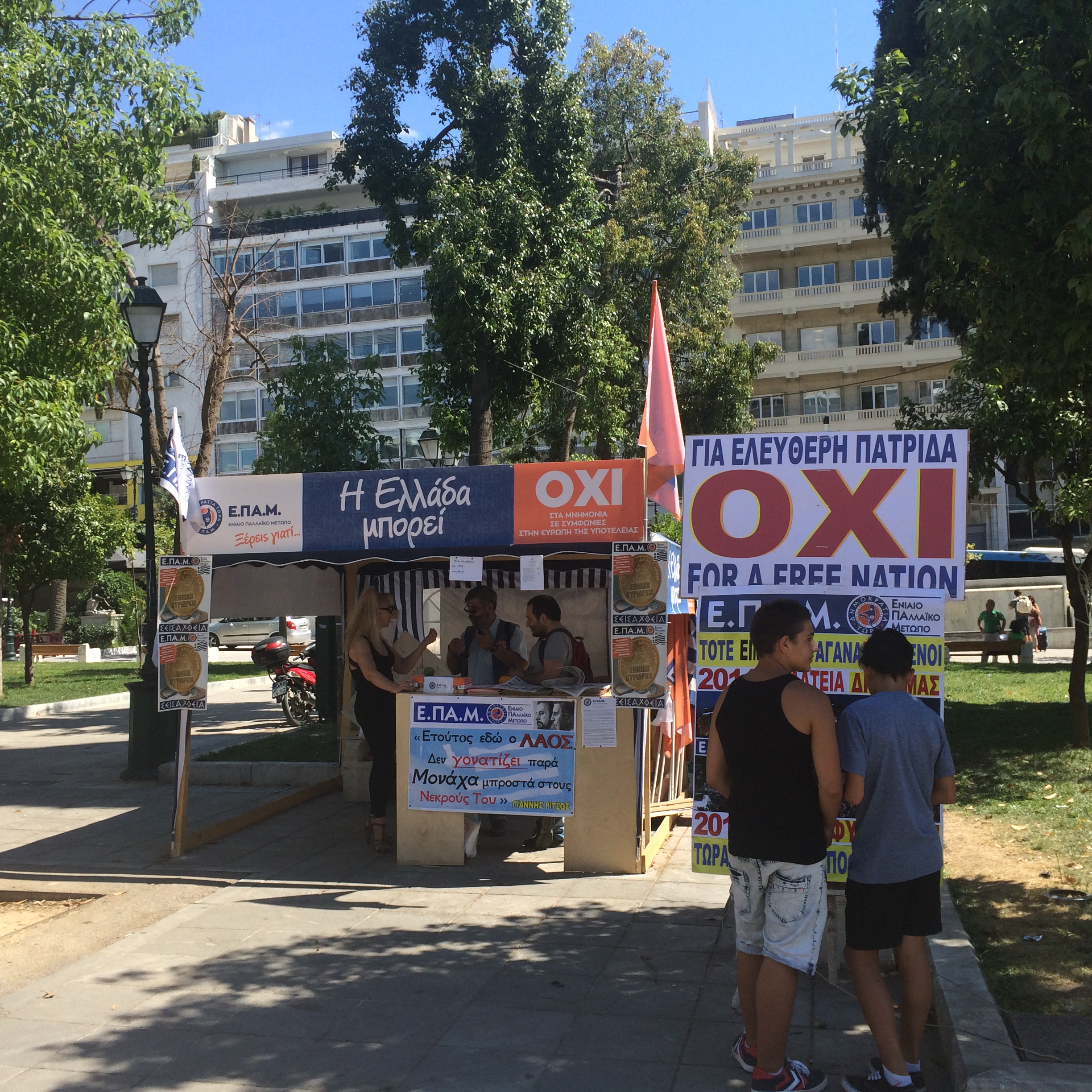 The reading from our staff on the grounds in Athens seems to be 50/50 right now, but the NO vote appears to be more organized with booths and stalls setup everywhere. A NO vote is the ONLY way forward for Greece. What they must be mindful of is that Brussels will have its talons firmly embedded in the count. It is going to be a true miracle to get an honest free election.

To all the Greeks sending emails, in regards to my criticism of your government, it is that they lack any understanding of who their opponent really is. This is World War III with a pen, but they are trying to amass a European Army so they can police the people of all member states.

The Greek government’s mistake was assuming they could negotiate with people who were trying to take over Europe. They were out of their league. The only way Greece could have proceeded was to immediately announce that they were suspending payments on all debt. Only then could they have achieved the upper hand. As long as Greece accepts handouts, they should count their fingers after shaking hands. This has turned into precisely what Margaret Thatcher warned about and why she kept Britain out of the euro. You are dealing with a political drug dealer who hopes you will surrender everything to get the next fix and become dependent upon Brussels. Their delusion of one government ending war in Europe is fostering the very premise they claim to be trying to eliminate.

Always have a Plan B. The new government should have immediately printed drachma. That would have sent a signal to Brussels: play fair or cry at the foot of your bed for your dream of European domination ends here. Greece would have seen their own people return by truly reforming government and the way it interacts with society would have set the example that Democracy just perhaps can rise from the ashes.

A YES vote to stay in the euro has no relief in sight and the end game is perpetual economic servitude. Brussels will suck the life out of Greece until it ceases to be a nation that could ever stand on its own. This time, it is not the Turks who will suppress Greece for decades, it is Brussels.

Capital is fleeing these crazy people who masquerade as world leaders but who have designs so sinister they would make great villains in a James Bond movie. It is time for a reality check: do you want to be Greek, or economic slaves once again? Welcome to Brussels – the new Ottoman Empire – it’s their way or no way.