Apple May Send Cash Back to USA Thanks to EU Commission 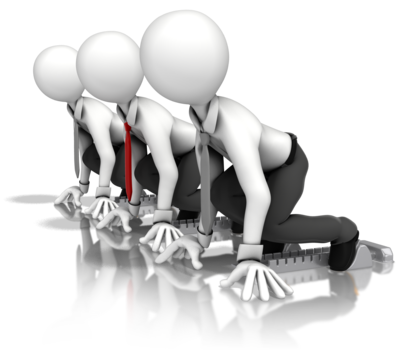 Tim Cook, the head of Apple, said that the company may send billions of dollars back to the US next year in 2017 in response to the EU Commission retroactively changing tax deals. Apple struck a deal with Ireland and agreed to locate there for taxes. Now the EU Commission is saying individual member states may not undercut anyone else on taxes to gain jobs for their own population. Apple entered into the agreement and paid the taxes to Ireland. Now the EU Commission says Apple must pay almost $15 billion more in taxes because Ireland undercut other members. Bureaucrats do not understand human nature and assume that people must obey and cannot see that this may destroy their own economy. The EU Commission cannot see reality. What they have done with Apple is set in motion a race to now exit Europe.

Cook made the comments in an interview with Irish media expressing the blunt fact that Apple may now simply repatriate cash back to the USA. He did not specifically say how much cash Apple might take home from foreign countries. Nevertheless, Cook’s comments are a direct response to the arbitrary position of the European Commission demanding Apple needs to pay Ireland $14.5 billion in additional tax penalties because the deal was less that they would have charged. Cook has publicly stated that this EU demand was “total political crap.”

Back during the S&L Crisis, we had clients who wanted to buy the failed S&Ls. I warned them that they should not get involved for they were dancing with the devil. Two clients did not listen. They bought the S&Ls they believed were cheap. Then as the crisis kept getting worse, the government changed the capitalization requirements. These two clients suffer complete losses because by then changing the capitalization AFTER they bough the entities, they themselves were then declared insolvent and the government retook the S&L based upon retroactively changing the requirements.

Think back to high schools. Recall the bullies who stole people lunch money and enjoyed pushing others around. Look them up today. Chances are they work for government.

In Philadelphia, they spent a tone of money to create the convention center. We booked it for our conference. It was owned by the city. They could not even run that like a business, The demands kept getting worse by the day. They said I had to buy terrorist insurance covering the convention center, the city of Philadelphia, and the State of Pennsylvania. When I called my agent he thought it was joke. Then the film crew coming from Germany was told they could not film because they had to use only local unions. Add to this insanity, anyone coming to the WEC by car and wanted to park in their garage had to prove they had car insurance. It became impossible. No garage demands you prove you have car insurance to park.

Only people working for government can make up such crazy nonsense. We called the Marriott and they were free. With 2 weeks to go we had to move the conference. The Marriott asked, was it the terrorist insurance? You cannot deal with government. It simply is beyond all reason. The EU will send foreign companies packing and they will blame the greed of corporations rather than their own stupidity of retroactively change tax deals without notice.