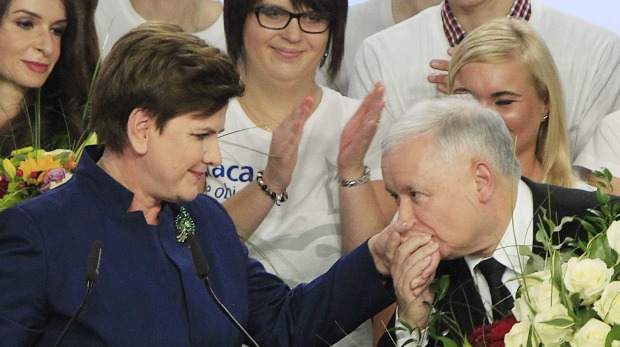 I reported from Poland that the rising trend there was anti-euro, which has manifested into an anti-immigrant movement. I will be there next March once again. Nevertheless, Poland’s eurosceptic and anti-immigration Law and Justice Party (PiS) claimed a major victory on Sunday. The politicians in Brussels only see their power and Merkel is attempting to demand quotas for all members to accept the refugees because Germany is overwhelmed.

We are watching the disintegration of the euro. Brussels will not reform or admit to the failed structure of the euro or that their dream to federalize Europe is placing the entire region at risk of breaking apart even in trade agreements. The TTIP is certainly not helping whereas they are keeping the documents secret even from most politicians. This dictatorial approach is just insane and the idea that one government would create peace in Europe is actually pitting one member state against another.

Margaret Thatcher was correct. The EU should have been only a trade union, not a political union surrendering sovereignty to Brussels. The entire idea of one government has demonstrated that you cannot compel everyone to be European when they have diverse languages, cultures, no less religious beliefs.