Will Coronavirus Alter the Economy Forever? 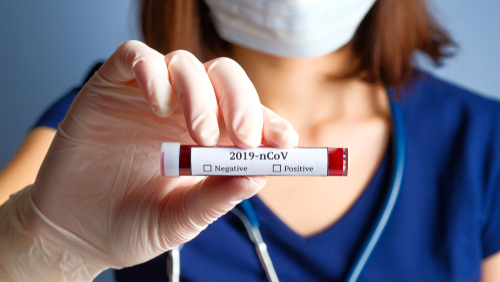 I have been doing my own investigation using REAL DIRECT sources who do suggest that the death rate caused by the flu is higher than reported and in that case, the numbers may be understated, but that does involve the elderly in particular. Hence, the death rate here with the Coronavirus may really be on par. That is just a numbers game that is not substantially different.

While the conspiracy people love to paint everything as the end of the world, the threat has nothing to do with the mortality rate of the Coronavirus. It may be slightly higher, but it is in the 1-3% range and this comes from people on the front line. The real problem is that there was not enough testing available and it was restricted to those who traveled. That is what Trump addressed to expand the ability to test based upon symptoms rather than limited to travel. 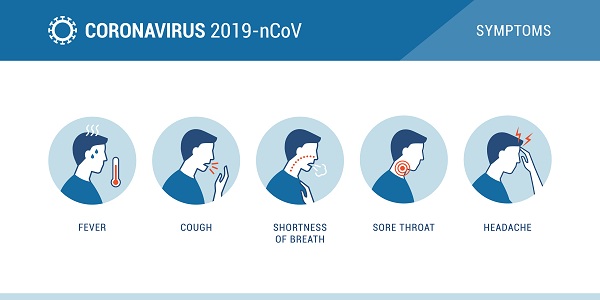 After speaking to friends in the infectious disease specialty, they explained that the real problem created by this panic is that they make people who have only the flu think they are going to die and then they rush to urgent care centers or doctors unnecessarily. That overburdens the system which only makes things worse. Only if you have a fever should you go! Otherwise, stay at home for 2 weeks.

Americans tend to go to work even when they are sick. It is a cultural thing. That you should not do. This is teaching people more about being able to work from home. Universities are switching to online classes and this may actually be an event that furthers that trend long-term.

The primary issue is that this is a parallel outbreak that is similar to the flu but different. This tends to require respirators and hospitalization at a higher rate than the flu. The real crisis is just that there can be a shortage of beds. One healthcare provider questioned if these conspiracy people are deliberately trying to reduce the population for climate change. I suppose that is yet another counter-conspiracy, conspiracy.

Anyone with young children knows when they are under the age of 10, they tend to bring home every possible version of whatever is running around. Parents will go through those years that often seem as if they have a cold that never goes away. It may make sense to keep the little ones home if you can.

Consequently, these people who are spreading such absolute panic are the very people who are endangering lives. They are sending people into doctors who should not be there worried that they are going to die. These people are the real threat to society for they are acting unprofessionally for some personal issues. They have done everything possible to claim the numbers are fake, 50% will die, it is laced with aids, a biological weapon unleashed by China or by the US on China. The spin seems to be endless. If if it was a biological weapon, it is a dud on that score and it has subsided in China and South Korea showing it is just a virus. So what’s the difference?

We have staff in China. It has subsided there as any normal virus does. We were in direct contact with our hotel in Shanghai since we had planned to have a WEC there in May. There is always a peak and then it fades away. However, it may reappear in a slightly different version 2.0 for the next flu season, unlike SARS, etc. This is because it spreads differently. We will cross that bridge when it comes. If this mutates into a flu-like disease that reappears each year in parallel, that will put a lot of strain on the entire system.

The economic impact of this panic fueled by these individuals is amazing. In Canada, a coffee shop refuses to accept paper money. We have Apple and Nike closing stores. This all seems to be overkill since they do not do that for the flu. But these types of actions will send the economic numbers down very hard for the first quarter and our model shows the low will not come until the early second quarter.

The conspiracy people who have been using this in their hatred of Trump desperate to overthrow him are unleashing a surge in authoritarianism never witnessed in modern history. Spain has issued a curfew people cannot leave their homes. Economically, the damage is profound. The German finance minister has already proposed just NATIONALIZING companies. That means investors lose everything. I can’t think of another reason for a dollar panic high better than that as all investment capital flees to the dollar.

Using this panic to justifying nationalizing companies is precisely the agenda of Greenpeace. This does not seem to be a coincidence. The conspirators behind this Coronavirus are on this same agenda, are either too stupid or they are using this for the same end goal. Some of the proposals being floated are strangely the same as Greenpeace – seize industry to save the planet. Anyone pushing this panic, I suggest you investigate their connections. They are either fools, or this is yet another clever ploy like using a 16-year-old girl as a climate expert. They seem to be cheering on millions of people who will die like they can’t wait. The 1968 flu did kill 3 million. That must be their dream-like Greenpeace – reduce the population.