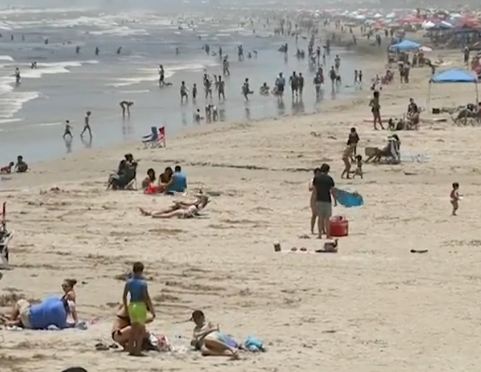 Americans are defying the lockdown orders throughout the country from California to the Atlantic Seaboard. People have discarded their masks which the CDC originally stated will not prevent getting a virus of any kind. Politicians are going to find that at least 33% of the population is thumbing their noses at government and see this nonsense for what it truly is – hype by the left-wing media supporting Bill Gates and his entire agenda.

The same thing is taking place in the Netherlands. People are fed upon with this deranged attempt to suppress the people into a political fascist state of total control that has even been used in true Marxist fashion to shut down the freedom of Religion.

In the USA, Trump has come out in support of all religions and the NPR Survey shows that white Evangelicals view Trump as ‘Honest’ And ‘Morally Upstanding’ while many others see him as fighting for their religious rights against the corruption of the Democratic Party. Trump urged CDC to reopen churches saying religious institutions are “essential” to the nation’s recovery. He also criticized Democratic governors for deliberately stalling efforts to get back to work and worship.

This will be an interesting election. The Democrats have certainly tried to use this virus as the main point against Trump. What they have have ignited is a backlash against their own party.