The WHO Whistler Blower – It’s All Fake 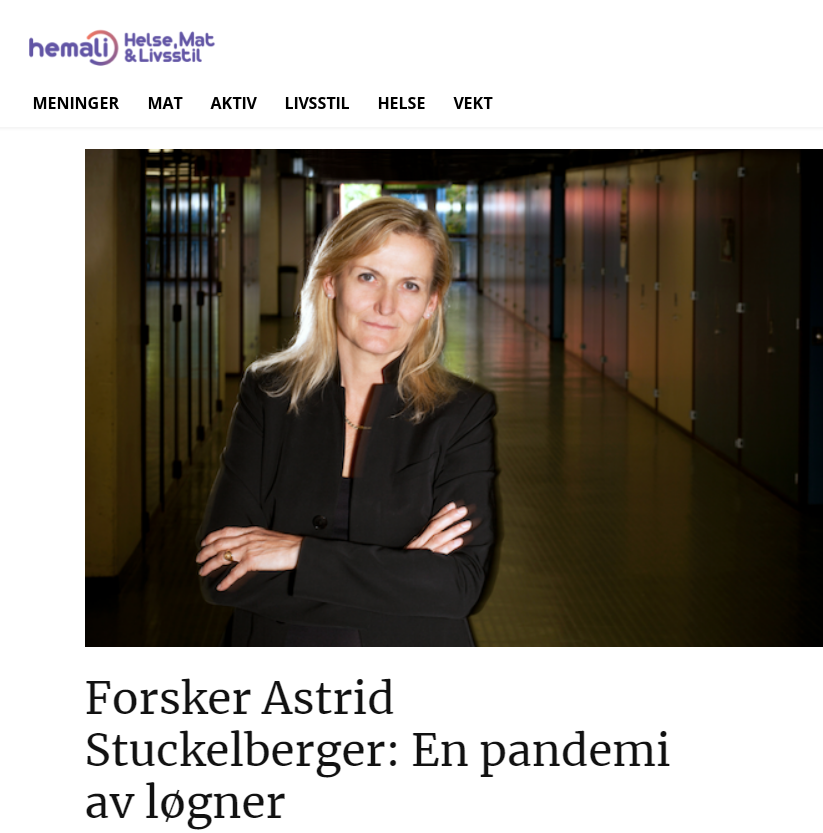 As you know I am a longtime subscriber and active treater of Covid-19 patients. There is no doubt that this pandemic has been used for political purposes in much of the world, particularly the US and Europe.  One only has to ask why cheap therapeutics were not only dismissed but their use actively prevented. Why isn’t natural immunity recognized at all let alone acknowledged as superior to vaccine mediated immunity. It really is a crime against humanity.

Here is an excellent link by a well-regarded former WHO employee. I suspect my Norwegian is better than yours but the article is in English. She touches on the many issues that really matter about Covid-19 that the mainstream media in the West will never discuss.

P.S.  You are spot on about the source of this man-made virus. There was no accidental leak. Stay safe.

REPLY: This entire scenario of using a virus and deliberately releasing it in China was laid out in October 2019 at a conference. My sources say this plan took real form by August 2019, and Gates bought into BioTech in September, the next month. I fear it will take the military to rise up to save humanity and defend against this foreign invasion.

Dr. Astrid Stuckelberger of the WHO has come out against corruption. This is the basics of what she said in this interview in Norway that would never take place in the United States.

“It was special: Organizations such as GAVI – the Global Alliance for Vaccine Immunization led by Bill Gates – they came to WHO in 2006 with funding. Since then, the WHO has developed into a new type of international organization. GAVI gained more and more influence, and total immunity, more than the diplomats in the UN. GAVI can do exactly what they want, the police can do nothing.”

The WHO underwent an audit in 2014 and after that, it became more like a company with countries as its subsidiaries.

“When I worked with international relations in the WHO in 2013, I saw that GAVI came in more and more. GAVI presented a global action plan for vaccination 2012-2020. That is, eight years where GAVI had everything in their hands. Bill Gates handled the vaccination, he took over.”

She said the pandemic was most certainly planned. “You can see this from all the documents. Everyone can analyze them, they are in the open, right in front of our eyes.”

She has said what I have been hearing from doctors that without autopsies, there is no real evidence of death. She said: “This is not easy to know, because autopsies are not performed. There are a lot of lies and scams in science, and in the systems. The PCR test is one example, the doctor can not use it diagnostically. Doctors are paid to claim that deaths are due to Covid, based on PCR that does not work. Very often this happens without an autopsy. They say the death is due to Covid, even when it is not.”

I have explained that the government was financially covering COVID so hospitals are paid to claim that deaths are due to Covid based on PCR that does not work. I have said that I was personally tested FIVE times and it was negative, yet two doctors said they believed I had gotten COVID. When I said I did not know anyone with COVID, they said I could have simply gotten it when pumping gas. So I said the masks do nothing. They said pretty much.

“It is terrible that one does not do clinical research, one only obtains information from the hospitals. It is unique in pandemic history that the data is not available. In the United States, 17 000 deaths from vaccinations are reported, including children and babies. It is not ethical to continue. So far in the United States, the death toll is three times higher than the total of all vaccines in the last 35 years. These are official figures, without clinical research or validation. The research is not finished, but the vaccination continues. It’s awful, really criminal.”

There are reports coming from around the world that I am receiving which I cannot yet fully confirm, but the sources are diverse. The claims are that stillbirths are exploding among vaccinated mothers. To think that politicians are deliberately suppressing such claims demonstrates that these people no longer “represent” the people. You simply do not act this way if you have any morality. It is a heartbreaking experience to lose your child. I know what that is like after losing my first son. It’s not something one takes lightly.

There are others coming out as has Dr. Harvey Risch, a professor of epidemiology at Yale School of Public Health. I truly wish this has all been just a conspiracy theory. But this is a battle shaping up between good and evil, and it is very evil.