Are Former Communist Countries the Only Sensible Places?

The head of Croatia fires back against a brainwashed journalist complaining that Croatia is only 50% vaccinated compared to the EU. He responds that 50% is enough. He straight-up states: “We need to know what the goal of this frenzy is!” Journalists are aiding Bill Gates and others, terrorizing the people over a virus, with a death rate under 1%, that was perhaps created in a lab to help this agenda. What is going on? We are nearing two years of this panic. The goal of eradicating this virus is absurd when it crosses from animals. That type of virus can NEVER be eliminated just like the flu or the common cold. This is just bullshit, which then clearly raises the question: What is the goal?

He said he starts the day with CNN and it makes him wonder if he is “normal or are they crazy?” He plainly stated the CNN “spreads panic,” and honestly, if I were president, I would shut CNN down and arrest all of the journalists pumping out this fear for nothing but profit. They are a national security risk and have graduated to a security risk for the entire world.

There are no investigative journalists left it seems. Just ask any specialist why they cannot cure the flu or the common cold. ANY virus that has an animal reservoir cannot be eliminated. I simply searched: “Can a virus that exists in animals ever be eradicated?” Below are the top results. I cannot believe that journalists have abandoned humanity to support Fauci, Gates, and Schwab who promote outright lies. Vaccinating the entire world will not eradicate COVID. It turns out that 40% of the deer population now has antibodies against COVID. Proof of what I am saying is that zoos are out to vaccinate the animals against COVID. So why is CNN and others terrorizing the world about COVID that has less than a 1% death rate? They are aiding the destruction of the world economy, which has begun a wave of inflation. Global food shortages threaten to kill far more people than COVID ever did. Are journalists deliberately becoming psychopaths? I would certainly argue that is the case at CNN. It takes less than five minutes to determine this has been one major lie! 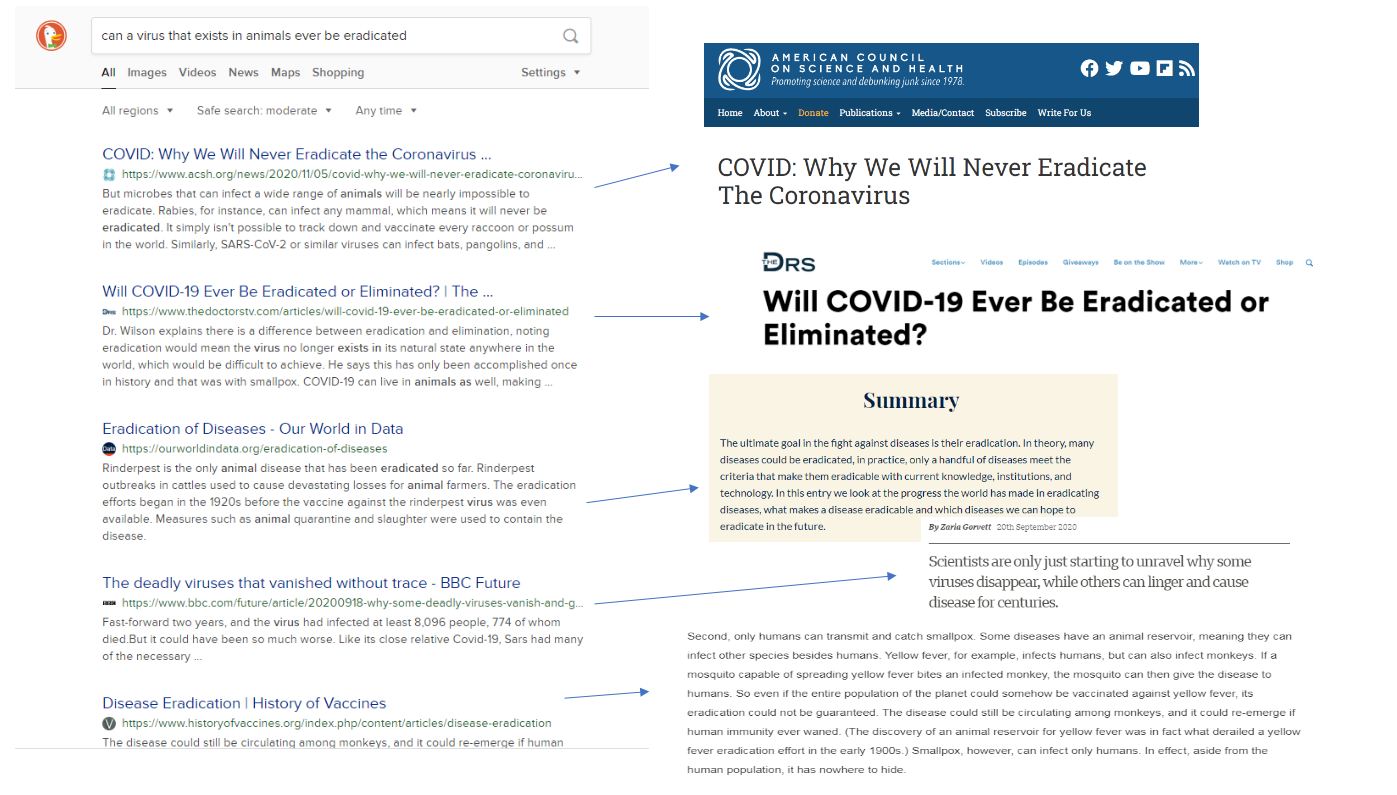