The Energy Crisis During the Panic of 1873 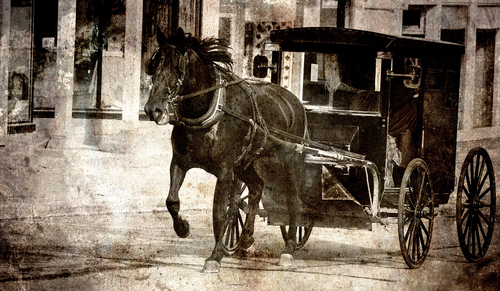 Humans are not the only species to get viruses. A real energy crisis hit the United States that began in 1872 and expanded into 1873, which contributed to the Panic of 1873.  This was a flu virus they called distemper that shut down the US economy by infecting horses. It was in 1872 that the US economy was hit by influenza during the autumn which paralyzed the economy and social life. It was the 19th-century version of an energy crisis even before fossil fuels which these global warming fanatics want to return to. Instead of this influenza infecting people, it was a virus that spread among horses and mules. It began in Canada, and with free trade, it spread into the United States and then down into Central America. 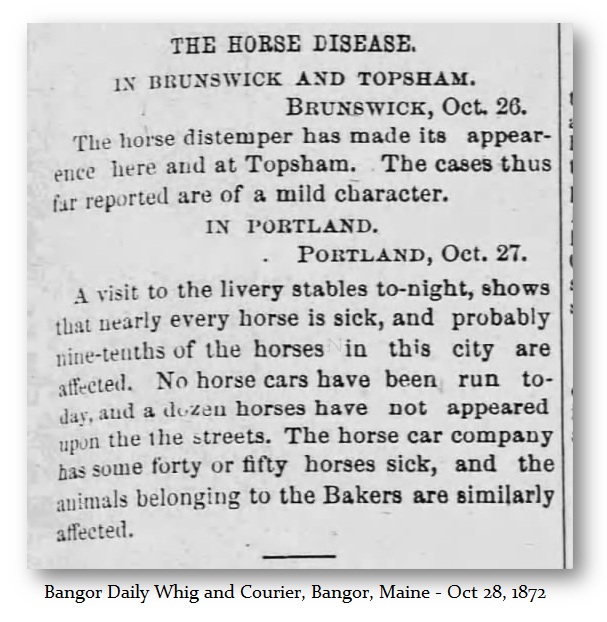 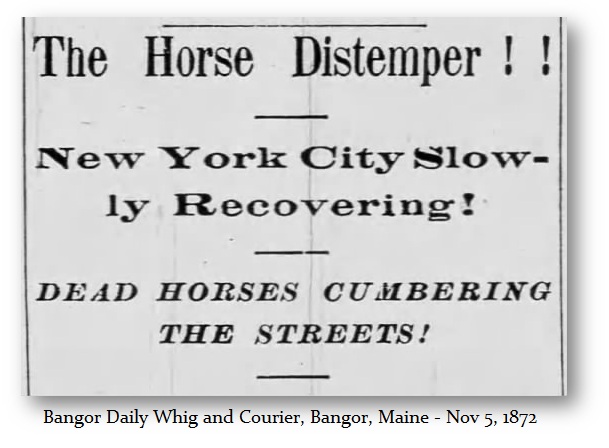 Before fossil fuels, horses provided essential energy to build and operate cities. The steam engine led to the development of trains, but they were limited to long distances. Horses were the backbone of how cities operated just as cars today once filled the streets of major cities. But the equine flu made exposes just how important horses were to modern civilization. When horses became infected, they stopped working and it revealed just how dependent the entire economy was upon horsepower. The distemper, as they called it, spread infecting virtually every horse, and owners did not understand diseases back then and forced their horses to still work and they were dropping dead in the streets. 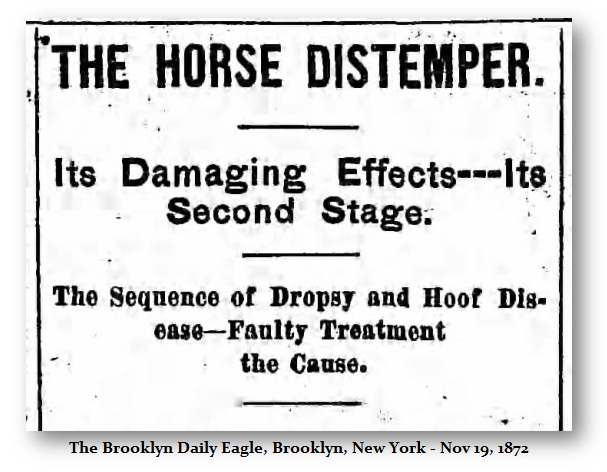 The influenza first appeared in Canada during late September in horses pastured outside of Toronto. The flu’s symptoms were cough and fever; ears drooping, they staggered and often dropped in the streets from exhaustion. Within a matter of just days, this virus spread rapidly and most horses in the city caught the virus in stables. By the time the US government became aware and attempted to prohibit Canadian horses from crossing the border, it was too late.

The virus spread very rapidly within a month crossing into the United States. By November, horses were dropping dead in New York City and hurting even those that did not seem to have had their immune systems compromised for this even hoof & mouth disease was impacting the survivors. Even the mail delivery was disrupted without horses.  It became known as the “wheelbarrow express” to carry the mail. They had to transport mail in wheelbarrows lacking horses. 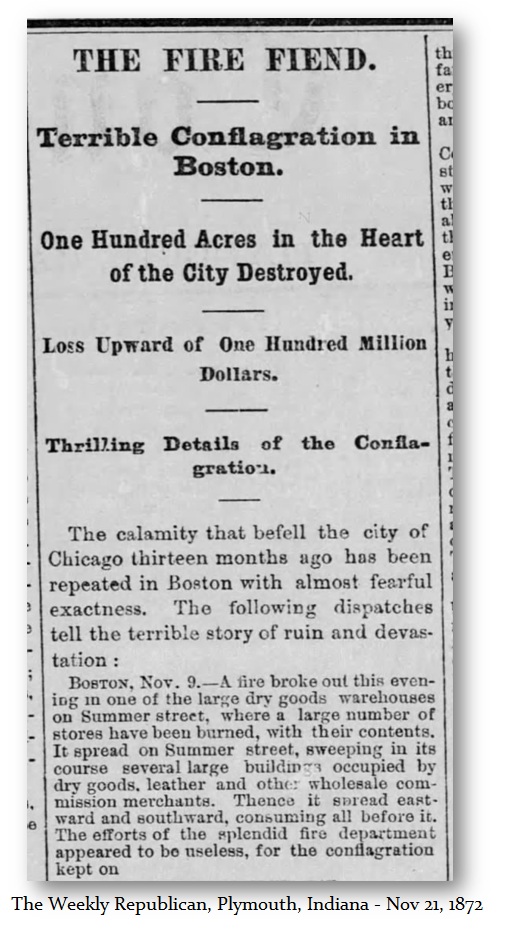 The lack of horses also impacted the ability to fight fires. The pump wagons carrying water were drawn by horses. On November 9th, 1872, there was a major catastrophic fire that gutted much of downtown Boston. They reported: “The efforts of the splendid fire department appeared to be useless…” The firefighters could not even reach the scene of the fire on foot. Without horses, the city burned. The same would happen if the fire trucks operated on charged batteries. They would never be able to handle a major blaze.

Horses were the very backbone of the economy. They brought coal out of mines, drag crops to market, and carried raw materials to industrial centers. The horse flu resulted in food shortages in the cities as we have witnessed because of these lockdowns today, but they also led to what people were calling the “coal famine,” which sent prices soaring due to shortages. In England, there were coal miner strikes which resulted in driving up prices in the United States as well. Then this horse influenza in North America reduced both coal and iron production. On top of that, produce and crops simply rotted at the docks due to the lack of horses for transportation. Producers could not pay the railroads so they, in turn, refused to stop at some cities where depots overflowed with undelivered goods. The combination of these events created the perfect storm compelling the economy to plunge. Then the introduction of only the gold standard as Germany abandoned silver, the Panic of 1873 took shape.

By December 1872, the “Canadian Virus” as it was becoming know,  reached the Gulf Coast, and in early 1873 it was hitting the West Coast. It is believed that perhaps 200,000 horses died and most were sick. The economy simply came to a significant decline. The doomsday fear was this horse flu would jump to humans. Thank God Anthony Fauci was not around back then working for Bill Gates on the side. He probably would have ensured that it made the jump. Lacking people like Fauci, it never impacted humans. 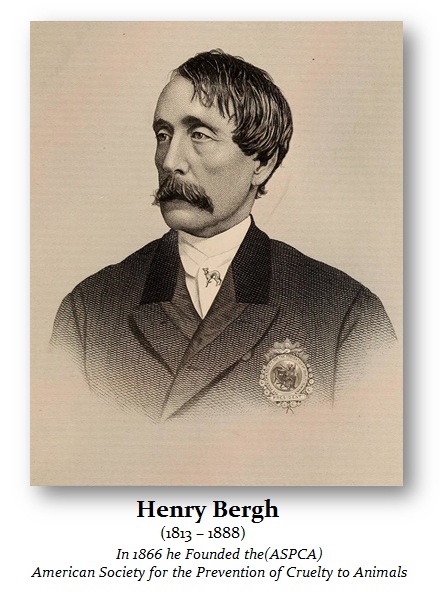 In the midst of all of this, Henry Bergh (1813-1888) had been making this argument since 1866, when he founded the American Society for the Prevention of Cruelty to Animals (ASPCA). Bergh was supported by a large inheritance. He thus had the time to devote to what he saw was cruelty to animals which at the time was largely focused on horses. 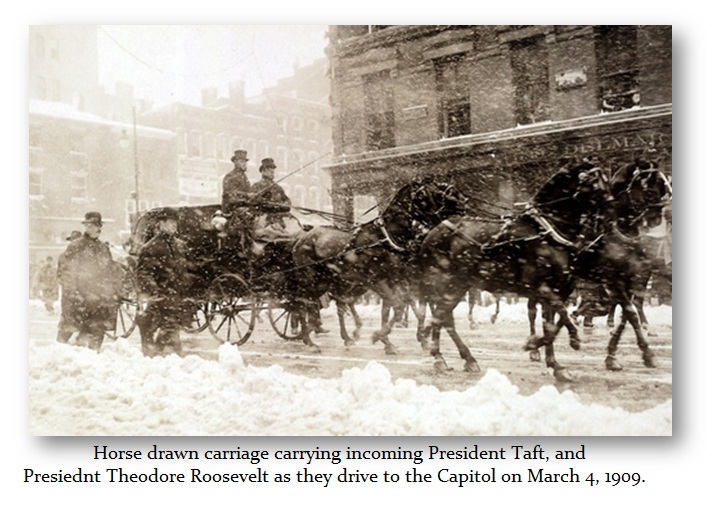 Here is a photo from 1909 showing the horse-drawn carriage taking the president-elect Taft to the inauguration with President Roosevelt both in the same carriage. That sort of civility no longer exists. Nevertheless, this influenza that infected the horses created a massive “energy crisis” which we would call it today. It certainly undermined the economy which contributed to the Panic of 1873 which became the Long Depression which lasted for 26 years. 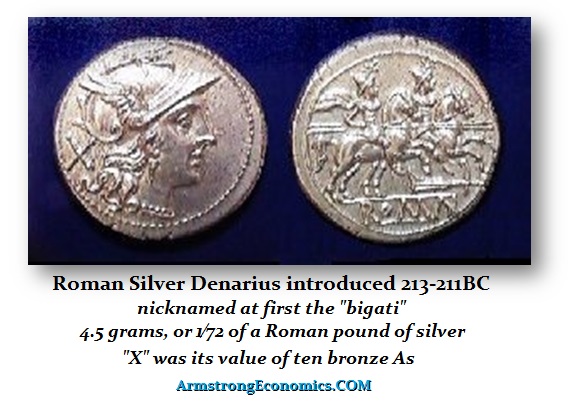 The horse influenza became a  pandemic spreading across the country triggering a social upheaval and an economic paralysis just as if the power grid was shut off and would be comparable to what would happen today if these people were successful in ending fossil fuels. It was this problem which even led to the idea of creating the “horseless carriage” based upon economics. Horses enabled the very development of our civilization for transportation which enabled the economy to even develop as well as advancing the food production which allowed the human race to expand.

It was this influenza that provided support for Bergh’s ASPCA movement drawing the attention of Americans to the reality that horses were important but also were subject to nature. They could not be forced to work when sick. They too would simply die.

In today’s atmosphere, we should remember that ending fossil fuels will have a very profound impact just as the great horse influenza of 1872/1873.

« Do the COVID Restrictions Show How Stupid Politicians Really Are?
What if Covid Dies Out? »