QUESTION: Do you really think that the Democratic leadership is trying to hurt people?

ANSWER: It is not just the Democrats. We are looking at politicians around the world. It makes no sense with such a low death rate that is equivalent to the flu and all the forecasts of Neil Ferguson have proven false that they would continue these lockdowns. It makes no sense. They are either deliberately hurting people or they have been bribed by the consortium to further the Great Reset.  I am open to any other explanation. Even moderate Democrats are not comfortable with what is taking place. This is a deliberate agenda to destroy the economy to rebuild it GREEN. The serious mistake here is that they think they can recreate the economy in their vision. They do not even know how it works.

Let us not forget that the entire justification for these lockdowns was the forecast of Ferguson who claimed 3 million Americans would be killed. The justification for masks, social distancing, and lockdowns was to save lives because the curve had to be flattened because there would be a shortage of bed space in hospitals. That NEVER took place. So why do we still have lockdowns?

This has been a bait & switch. You have an elite group cheering the destruction as an opportunity to rebuild the world economy the way they think it should run. They are threatening fund managers to divest from China in hopes of bringing them to their knees to accept their agenda. That is NOT going to succeed. We are staring in the eyes of absolute ruthless tyranny and the markets are starting to perform in anticipation of a major financial crisis. 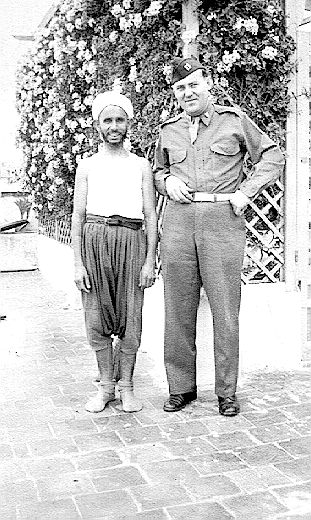 My father was with General Patton through North Africa to Berlin. He told me it never mattered what I thought of a situation, it was always more important what your opponent believed. Patton read Rommel’s book on tactical warfare and he knew what he would do next. This lesson guides me today. You have to look at history and how humans will respond to the same set of circumstances. I have met some of these people. I have looked them straight in the eye. They are arrogant and are desperate to try to win at all costs. They are not playing. This is real.

« Hydroxychloroquine Debate – Why?
A Plea from Australia For Help »