By some weird stroke of coincidence, your recent article “Belgium Files Suit Against Gates & Neil Ferguson” beat me to the punch.

I had planned to write you about the need for We the People of Planet Earth to organize ourselves globally and files millions of class actions the world over.

Your article linked to some Flemish and Dutch language sources. The Belgian attorney who’s filed against the Belgian gov. and Gates et al is MICHAEL VERSTRAELEN out of Brussels.

There are other suits in the pipeline, like “Wearing the Mask is Mandatory in Quebec [etc…]” at www.Globalresearch.ca from August 6th.
“COVID-19 Class Action [etc…]” on the Bill Whittle network is another example.

I could write a comprehensive thesis on We the People of Planet Earth ought to go about it.

However, I’ll be brief.

First, could you please post this for your global readership?  How many attorneys do we have in the audience?

Second, could readers please send you any and all info pertaining to this so that we all share and work together to bring down this unprecedented evil through the worldwide courts system, perhaps including the International Court at The Hague in the Netherlands.

I, for one, need to find out where the Michael Verstraelens of this world are in each and every country.

Let’s all work together and legally bankrupt them before they commit global genocide on us.

Their next step is the roll-out of CovidPass —  see the World Economic Forum from July 20th — whereby they will take your blood and DNA to dicide if you can do anything.

You get the picture.

I’m on the warpath in self defense.

A member of the Martin Armstrong Global Army (MAGA) 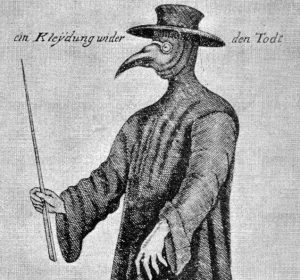 REPLY: Klaus Schwab and his World Economic Forum are in league with others to subjugate the population. Let’s be honest here. This virus can be killed by just washing your hands. Then 92% of all death are in the very same category as the flu where they target those over 65. Bill Gates himself admits that flu shots do not work on the elderly. This virus is nothing serious, yet they have destroyed the world economy all for their Great Reset to remake the world GREEN. I would be the first to warn about the disease. We have constructed models on this aspect because it has been so profound in changing the economy. But the truth is this is no Black Death that will kill 35%-50% of the population (1347.83, October 1347). That may arrive in 2022. It has reappeared in China once again. The spread of it before was largely caused by people who did not bathe and it was carried by fleas on rats that infested the world. Those conditions do not exist today in most of the industrialized world.

The target year 2022 is where the Plague Cycle turns up. Consequently, this current virus is a contrived event that is being done for political purposes of pulling off this Great Reset, which they had already planned to do. They are hell-bent on controlling the world to reduce the population. This has been a longtime goal to which Bill and Melina Gates have joined. Nevertheless, there have also been concerted efforts to experiment on people in other countries.

Back in the 1940s, there were 750 victims who eventually filed a lawsuit against the Rockefeller Foundation and the Johns Hopkins various entities alleging that they were behind human experiments carried out using Guatemalans who were intentionally exposed to syphilis, gonorrhea, and other venereal diseases, without informed consent. The experiments even used school children, psychiatric patients, and prison inmates by force. Both the Rockefeller Foundation and Johns Hopkins researchers were also behind the notorious Tuskegee Experiments that used 600 African-American sharecroppers without consent also for syphilis.

They seem to be at it again with vaccines testing them out in Africa. They were using South Africans for testing other vaccines which led to protesters taking the position: “We are not guinea pigs,” shouted South African anti-vaccine protesters Nobody stops these efforts, and local politicians in these poor countries are routinely bribed to allow such experiments on their own people.

It is amazing how much of this agenda is in the open. Yet, many mainstream media sources refuse to investigate and seem to be part of those bribed to look the other way.