Should the Elderly Get Vaccinated?

Q. My mother is in her late 80s. She received the flu vaccine this year, but I heard that it won’t be as effective because of her age. Is this true? 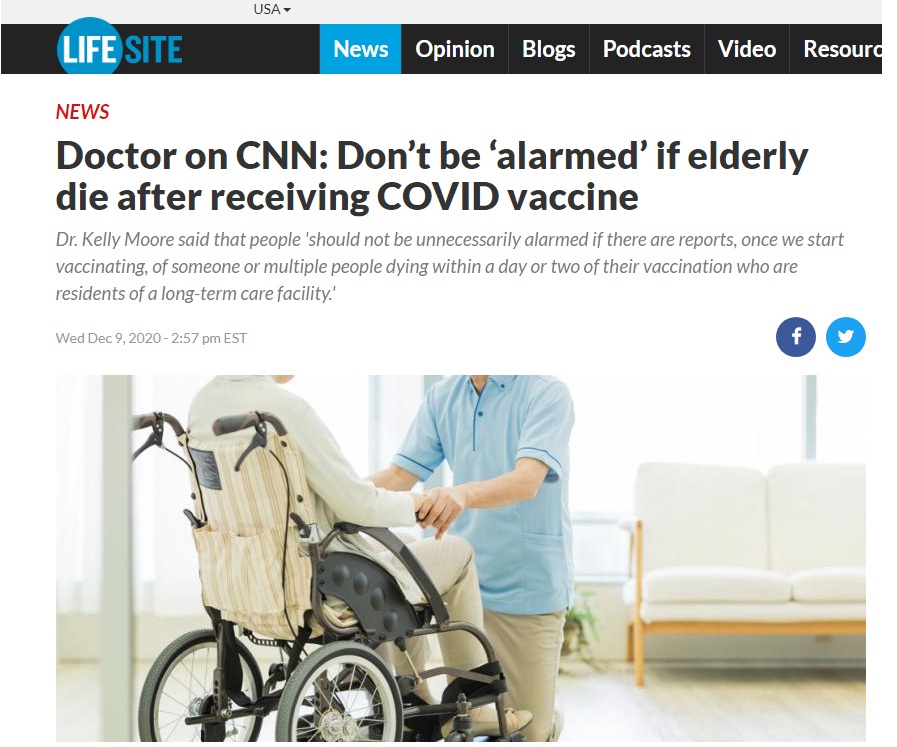 Dr. Kelly Moore, associate director of the Immunization Action Coalition, publicly said: “One of the things we want to make sure people understand is that they should not be unnecessarily alarmed if there are reports, once we start vaccinating, of someone or multiple people dying within a day or two of their vaccination who are residents of a long-term care facility.”

While Moore was explaining how deaths among care home residents who had received the vaccine could be unrelated to their immunization, the problem she is not addressing straight up is that the elderly do not respond well with respect to vaccines to begin with.

I am not a doctor, nor is Bill Gates who has admitted that even the flu vaccine does not work well on the elderly. All I can say is I would decline to have an elderly person vaccinated with this stuff. Healthy people often have side-effects of feeling like they have the flu for a day or so. This is not a drug I would be allowing them to experiment with on my parent. If you are lucky to have an HONEST doctor rather than only one who simply preaches the agenda, then talk to them.

« COVID Medical Testimony before Congress
Did Biden Get a Real Vaccine or Water? »