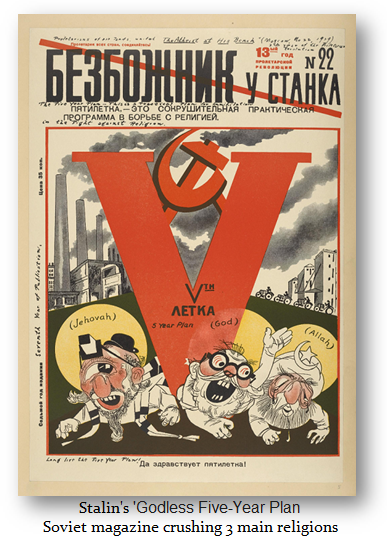 QUESTION #1: Do you think we are living in the end times? It seems like they are trying to absolutely control every aspect of our lives with cryptocurrencies to depopulation. Any thoughts?

REPLY: I realize a lot of people are drawing that correlation to religious prophecies be it Christain or Muslim. Virtually every religion sees this battle between good and evil. On that score, we all have a common agreement. Socrates cannot make a religious prophecy and nobody speaks to me even in dreams from above. What Socrates is capable of doing is addressing the cycles that even drive the rise and fall of religions as well as nations. On that score, we have indeed reached a crossroads where there is a major clash unfolding between the right and left which are keeping laced with religious beliefs for some that God exists and others who are Atheists and believe the future is to be shaped in their hands because there is no higher power. The Communists turning 46,000 churches and synagogues into atheist museums. This is what 2032 is about. It is a major confrontation that is shaping up which many have seen as the battle between good and evil.

QUESTION #2: Hi Above is the link to the Originating Application on the Patrick King court case where Dr Deena Hinshaw could not or would not present her evidence of the isolation of SARS-CoV2 virus from a deceased human.
In so doing they lost the right to use Covid as an excuse to lockdown the people of Alberta. Would you say this is the first domino to fall? I understand the CDC just came out to say that the PCR tests will no longer be used and that they have until Dec to change to a different test. if this is true would this be the 2nd domino to fall?
Hope all is well,
S

REPLY: Yes. The issue is that even the PCR test is invalid. I have stated that I was tested five times and it was negative. Then 2 doctors told me that was irrelevant, and they both thought I had COVID and got over it based on an x-ray of my lungs. This whole thing has a lot of holes and when Draghi moved to prevent voting without the vaccine, this was a serious event that shows this is contrived and has been exploited for political purposes. Based upon inside information from the start, I have believed this was deliberately pulled off because the economic system is collapsing. This is why a lot of smart money is bailing out of bonds and headed to the private sector. The amount of money in bonds is at least 10x that of equities.

REPLY: I am aware that there are people asserting that there is graphite in these vaccines. I have also seen slides of blood taken from a vaccinated person showing the red cells are clumped together compared to an unvaccinated. They would NOT be making vaccines mandatory for a disease that has a kill ratio of less than 1% on par with the flu if there was not a political objective. Socrates looks at the trend, capital flows, etc. It does not require that reason, it looks at the response to this trend be it graphite or not.

This is a battle for humanity and our very way of life. Throughoughout history there have always been swings toward evil and the totalitarian state as people think they are God. Personally, why they are not satisfied simply enjoying life and must tell everyone else what to do and control them is to be some genetic defect. My personal philosophy has been simple: you leave me alone and I will leave you alone. Any animal will attack and defend itself when cornered.

QUESTION #4: I have been reading intently about whether or not the virus is “isolated.” I realize that you believe it has been but that one way or the other, it really doesn’t matter. I think the reason people want to know the truth, is because it will help them know who has the facts, who is telling the truth. There is sooooo much confusion out there right now. However, the real reason for my writing is if the virus hasn’t been isolated, wouldn’t that be grounds for a lawsuit? A Canadian man has won his case in court on these grounds. The Canadian health dept couldn’t prove it was isolated and if it isn’t isolated, how could they do these things to us…lockdowns, masks, vaccines, etc.? It’s like smashing the whole purpose to pieces. Please comment on this in your blog. I’m not the only one thinking this.

REPLY: I believe this has been engineered and that was the first comment in that Fauci email to him. There is a genetic sequence that sparked that comment. What I believe is that saying it is not “isolated” is also tangled up in the fact that this is “engineered” and was NOT a normal virus that found its way from bats to humans magically in Wuhan. I also believe that the Chinese may have tried to cover the release up fearing they would be blamed, but they DID NOT deliberately release this. They have not gained from that. Others have benefitted from that release and I believe they bribed someone in Wuhan to release it to further this Great Reset agenda to save the West from economic collapse since they cannot keep borrowing from the public.

I am not sure the argument should be over this is isolated or not. It should be about it was engineered and thus it does not fit a normal virus which is what they comment was really saying it “appeared to be engineered” meaning it was not natural.