Plague is Starting in Africa 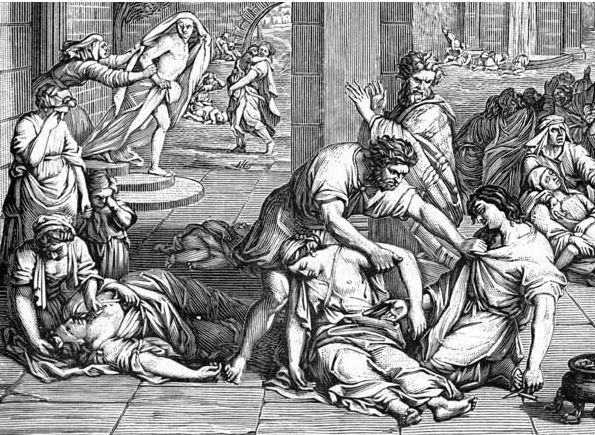 Panic has ensued in Madagascar where a recent outbreak of the plague has claimed the lives of at least 24 people. Prime Minister Olivier Mahafaly Solonandrasana has announced a ban on all public gatherings and demonstrations in effect until the outbreak can be contained.

The plague is a deadly disease caused by the Yersinia pestis bacteria. It usually begins as the bubonic plague, which is spread from small mammals (such as rats) and fleas to humans. If detected early, the bubonic plague can generally be treated and controlled with antibiotics and proper environmental measures. However, half of all reported cases in Madagascar are the pneumonic plague –- the deadliest form of the disease.

The pneumonic plague is transmitted person to person. Since this form of the plague is airborne, it spreads extremely rapidly and can have catastrophic consequences. Those who contract the pneumonic plague must be treated immediately as it can be fatal within less than 24 hours of onset. 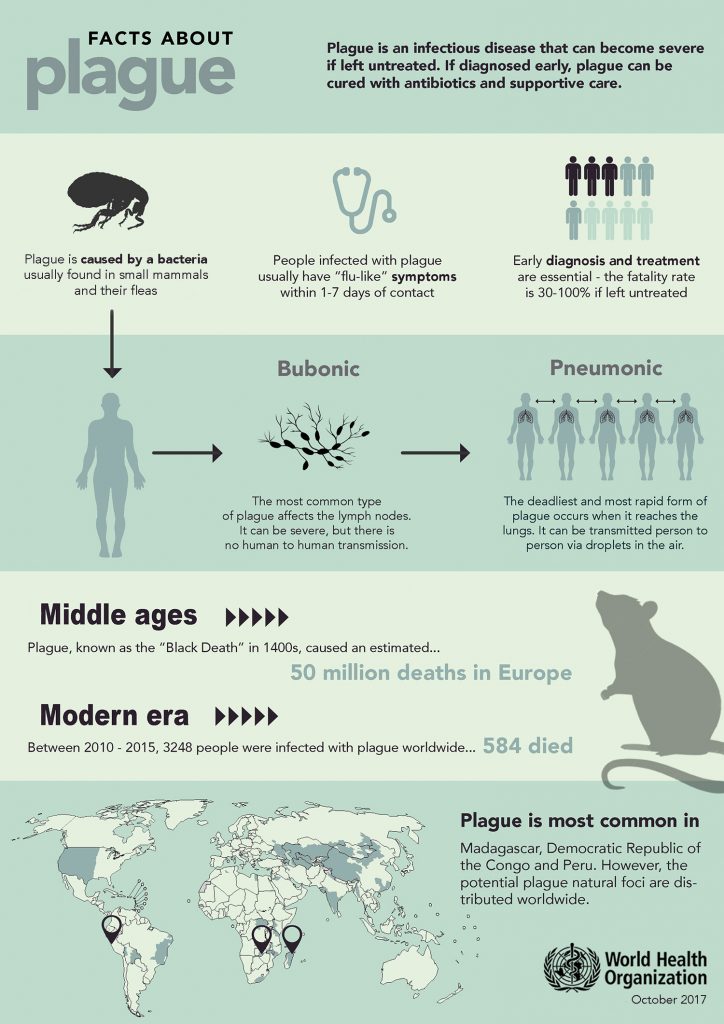 Health officials in Madagascar are now rushing to identify anyone who has come into contact with those affected. According to the World Health Organization (WHO), those at risk will be treated with antibiotics and possibly quarantined.

Formerly known as the “Black Death,” this is the same plague that claimed the lives of 50 million Europeans during the Middle Ages. The disease first reached Europe in October 1347 and quickly turned into a contagion that destroyed nearly 1/3 of the population. 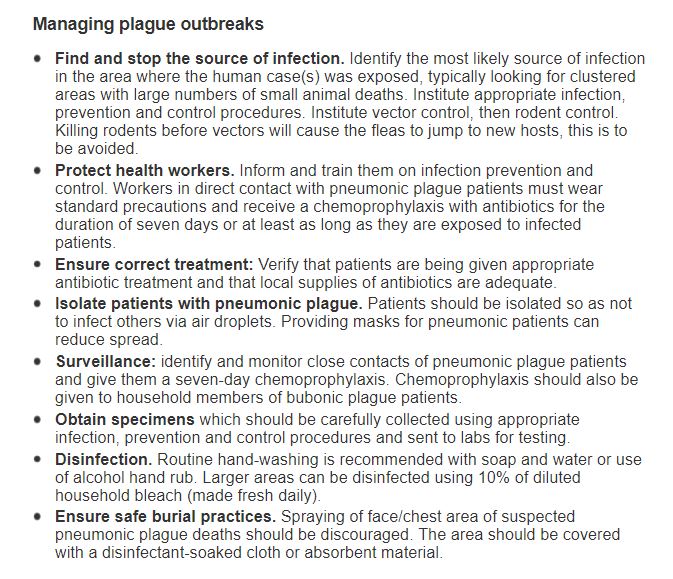